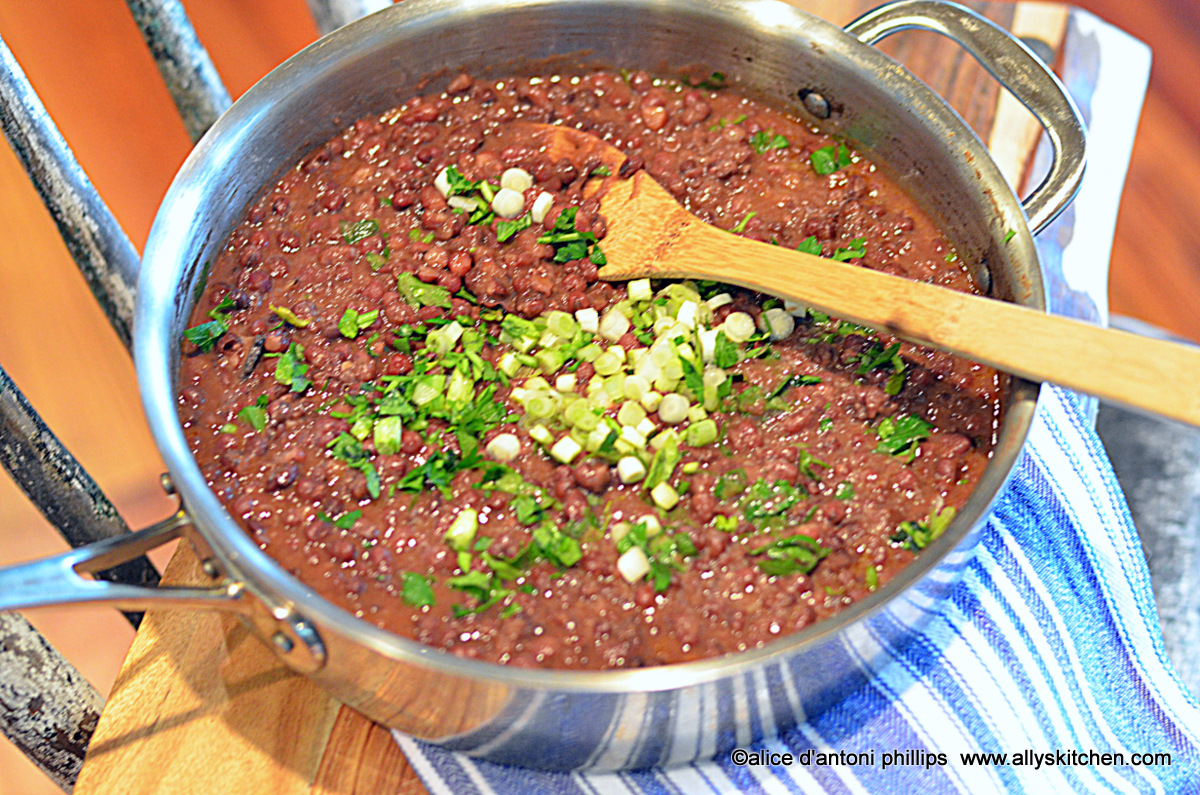 Most of ya’ll know that one of my favorite foods is beans~~most any kind of bean out there~~well, there is one bean that I just don’t care for and that’s black eyed peas...go figure, it’s so Southern, and being a Southern belle,

I should think these things are the cat’s meow, but nada for me. But most all other beans just make my heart sing~~now this one, the adzuki bean, has an earthy, nutty taste and a tad on the sweet side making them mighty tasty. And, like most beans, they’re just down right GOOD for you in so many ways! Now you can get them canned like most beans, but there’s no comparison in flavor and taste and cooking from the dry beans! The azuki bean (from the Japanese (azuki?)), also known as adzuki or aduki, is an annual vine, Vigna angularis, widely grown throughout East Asia and the Himalayas for its small (approximately 5 mm) bean. - See more at: http://www.allyskitchen.com/2013/12/18/spiced-seasoned-adzuki-beans/#sthash.k3sEKTUF.dpuf 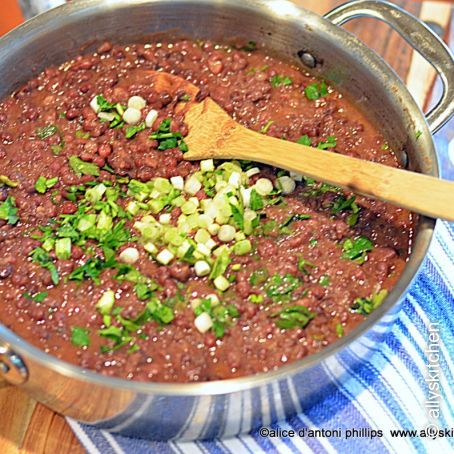 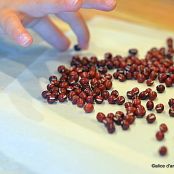 In a deep skillet over high heat, put the olive oil, beans, ham hock and cover the beans with about 3 inches of water. Bring to a roaring boil cooking about 30 minutes and adding water as needed (keep about 2” of water covering the beans). Add the garlic, bay leaves, onions, salt, cumin and paprika. 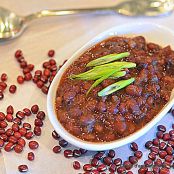 Reduce heat to medium, cover with a lid slightly askew (to let steam escape) and cook another hour adding water as needed. Reduce heat to low, blend in the mushroom soup and simmer until the beans are tender letting the liquid thicken some and boil down just covering the beans. Blend in the parsley and green onions right before serving.

Serve with cornbread or a rustic Boho bread! Fried potatoes & onions are great as a side, too~~and, how about a labnah sauce! Boholicious nirvana! 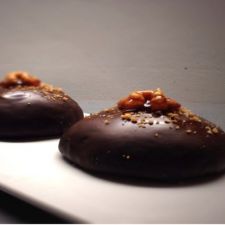