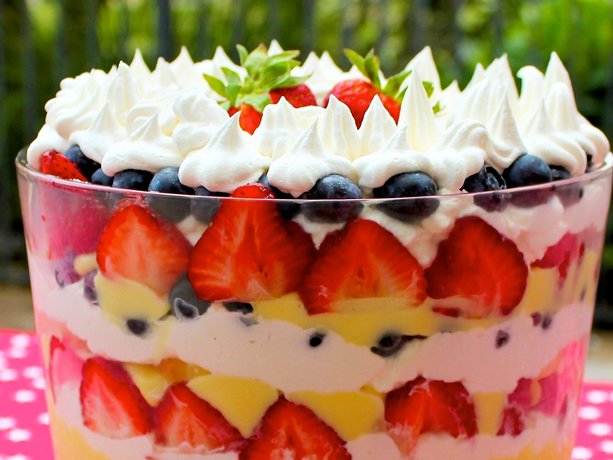 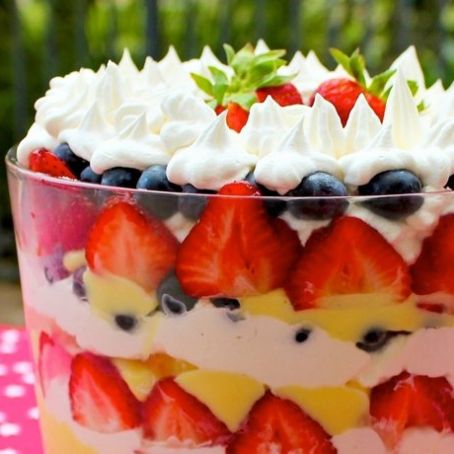 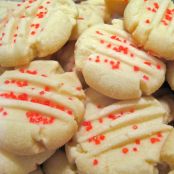 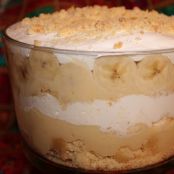 2. In trifle bowl or large clear bowl, arrange 1 layer of sliced cake to cover entire bottom of bowl. Top with a layer of pudding, then a layer of whipped topping, and then a layer of strawberries. Repeat all layers except use blueberries. Continue with layers until bowl is full.

3. Cover with plastic wrap; refrigerate until ready to serve.

Pudding can be made a day or two in advance to make the assembly quicker.

If you prefer real whipped cream, you can replace the whipped topping by whipping a pint of whipping cream with 1 teaspoon vanilla and 3 to 4 tablespoons sugar with an electric mixer until stiff peaks form.

Trifle can be made several hours ahead and kept covered in the refrigerator until ready to serve. 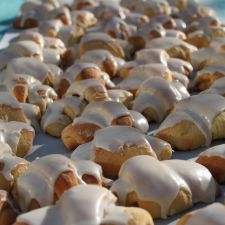