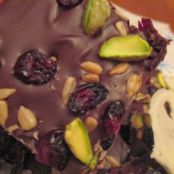 Recipewe ♡ The Best Chocolate Bark, That is... 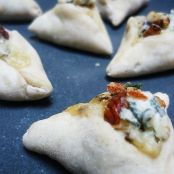 Preheat oven to 400F. In a large bowl, combine apples, dried fruit, apple juice, cornstarch, and ginger. Place mixture in a 9 inch cast iron skillet or a shallow heatproof casserole dish. Cover with foil and bake until bubbly, about 15 to 20 minutes.

While the apples are baking, prepare the dumplings. In a medium bowl, combine flour, sugar, baking powder, and baking soda. Stir in buttermilk and butter to form a sticky dough.

Remove skillet from oven, uncover and spoon dough over fruit. Sprinkle the cinnamon over dough. Cover the skillet loosely with foil and bake until dumplings are set, about 15 minutes. Serve warm.

Variation: For a summer treat, substitute fresh peaches and cinnamon for apples and ginger. 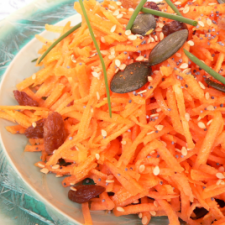 How To Make Dried Fruit At Home

Why You Should Start Soaking Nuts And Seeds

Why You Should Add Chestnuts To Your Diet

"Fit Mom": How To Find Time to Exercise When You Have Kids
Cheese, Spinach and Dried Fruit Purses Shredded Carrots with Dried Fruit