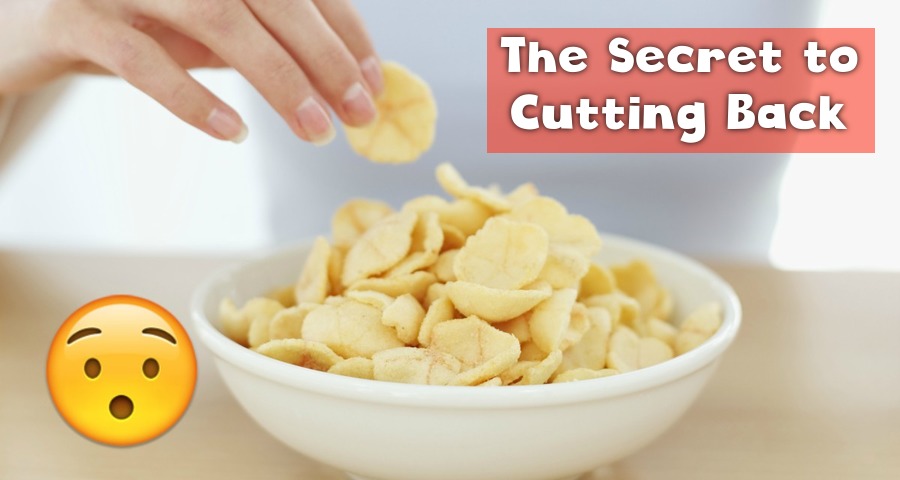 We've all been guilty of storing snacks at our desk, but according to science...that might not be such a great idea.

Anyone who has ever worked at a desk can probably admit to one common habit: keeping snacks on hand.

It's practical to stave off mid-morning or -afternoon cravings, or even to keep you awake on sleepy days. But it turns out, if those little goodies are within your sight, they could actually be causing you more harm than help when it comes to your waistline.

According to a study from Cornell University, having snacks at your desk is actually scientifically proven to result in a striking increase of consumption.

When the Kisses were in transparent jars at six feet away, subjects ate a significant percentage more than their counterparts who had opaque jars six feet away from them. The numbers rose yet higher when the jars were positioned on the subjects' desks, within easy reach all day.

Here are the stats for the average number of Kisses eaten per day:

"The less visible and less convenient the candy, the less people thought about it and were tempted," researcher Brian Wansink said.

Interestingly, the average number of candies per day for subjects with opaque jars on their desks was lower compared to those with clear jars six feet away, implying that the visibility of the candy has perhaps an even stronger influence on how much we eat than its convenience, even.

However, subjects were much less aware of how much they had consumed when it was more convenient: according to Wansink, "We found that participants consistently underestimated their intake of the candies on their desks yet overestimated how much they ate when the candies were farther away."

Moral of the story? Don't keep snacks at your desk or within sight.

Unless you somehow have the same level of self-control as this inspiring pooch:

Still don't think you can survive without your snacks at work? Here are 18 healthy ideas that won't break your diet.

Did you know you can toast sweet potato slices... and it's absolutely delicious!

The Ultimate Snack Recipes for Movie Nights at Home

50 Slimming Foods to Help You Reach Your Goal Weight

Delicious Sunday Meals to Last You All Week