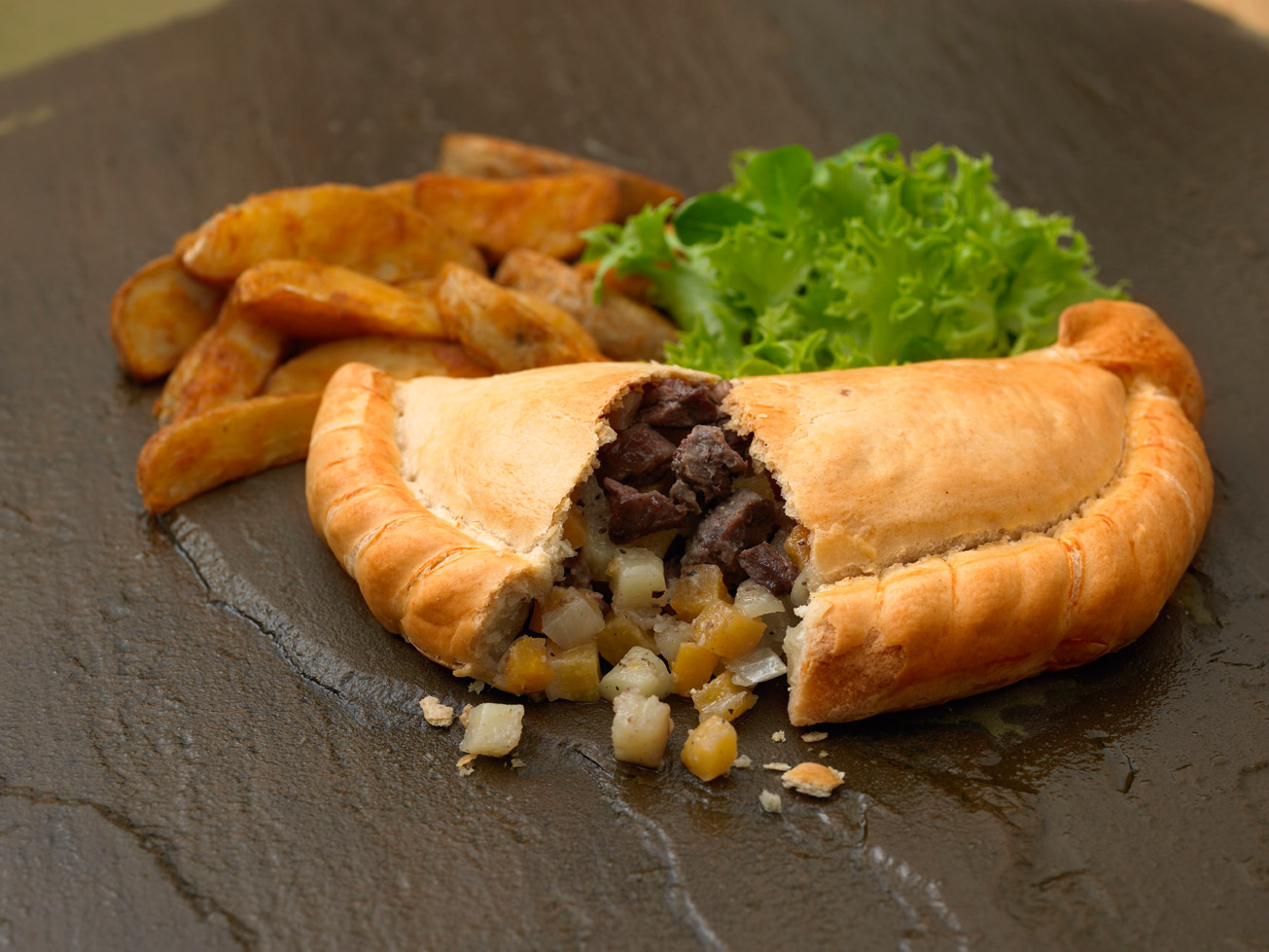 Cornish pasties originated as portable lunches for tin miners, fishermen and farmers to take to work. Housewives used to make one for each member of the household and mark their initials on one end of the pasty. These complete-meal pasties, which vary slightly in content in different parts of Cornwall, were popular in other parts of the country too. In Bedfordshire, for instance, they put fruit in one end of the pasty, for dessert; these were called 'Bedfordshire Clangers'. A prime cut of meat, such as rump, is often used in Cornwall for the pasties but, because of the high price of rump, you can use blade. 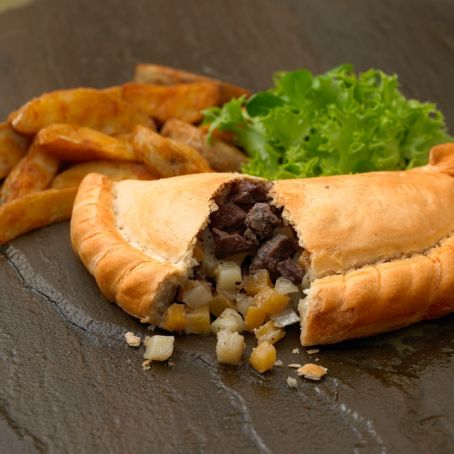 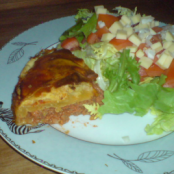 Place the potato, onion and meat in a basin and mix well. Place the flour in a bowl. Add the butter and lard, rub in until the mixture resembles fine breadcrumbs. Add about 2 tablespoons of water and mix to form a firm dough. Turn out onto a floured surface and knead lightly.

Divide the pastry into 4. Roll out each piece to about 15-18 cm (6-7 inches). Trim by cutting round the edge of a small plate. Divide the filling between each round. Brush the edges with water and draw up the pastry on each pasty, in a line over the centre of the filling. Seal well. Flute the edge with your fingers.

Place the pasties on a baking sheet, fluted edges uppermost. Brush each with a little beaten egg or milk. Bake for 40-45 minutes, until golden brown. Serve hot or cold.

Getting to Know Christophe Adam

Meet the macaron king: an interview with Pierre Hermé