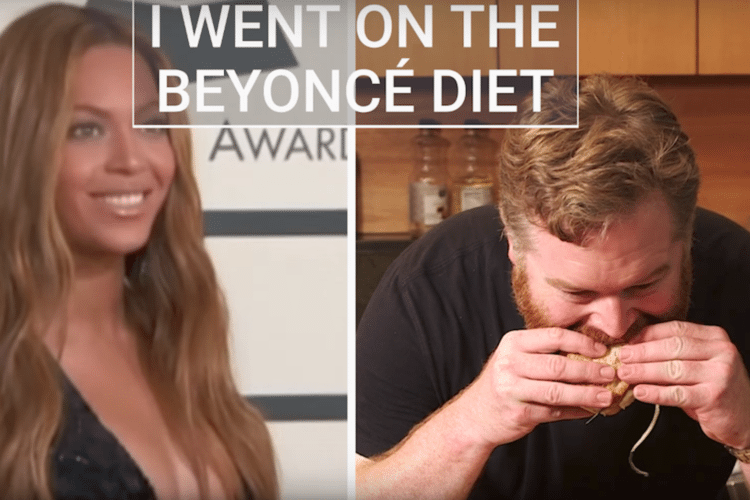 Celebrities and diets go hand-in-hand like movies and popcorn. Some celebrity diets are intense while others are known for being totally eccentric.

Reilly says he gave up meat and went on the Beyoncé's all-vegan, all-plant-based diet called the "22-Day Revolution." The result: he lost 15 pounds in three weeks!

Here's what he had to say:

"At times I found myself starving. There was one meal that was only a cucumber, a zucchini, a carrot, and some tahini. And yeah, I cheated. That first week I had a slice of pizza, a slice of meatball. It was good."

But although Reilly struggled with the new vegan lifestyle (the diet also forbids all dairy, eggs, and gluten), he said the benefits were incredible. "I felt like I had a lot of energy. I was — I don’t know — feeling good about myself. And let me tell you, a few of these meals were really damn good... I started researching more veggie recipes. I started going to the farmers' market and started craving the veggies that were there. I like this. I want to feel like this a little bit more."

Although it seems like quite a drastic lifestyle change, the philosophy behind the diet is simple. It's rooted in the belief that it takes 21 days to break a habit. So if you apply healthy eating over 22 days, you will have developed a new habit... That's the key to sustainable healthy eating!

Reilly says that he probably won't continue the strict regimen beyond the initial 22 days. "But do I feel fabulous like Beyoncé? Sure."

What do you think about Beyoncé's vegan diet? Tell us in the comments!

Like this article? You should definitely check out Gwyneth Paltrow's eccentric family diet!

One-Pot Meatless Recipes for Any Day of the Week

Prosecco Might Be Destroying Your Teeth: Here's Why... The votes are in, and these are America's Most Disgusting Meals