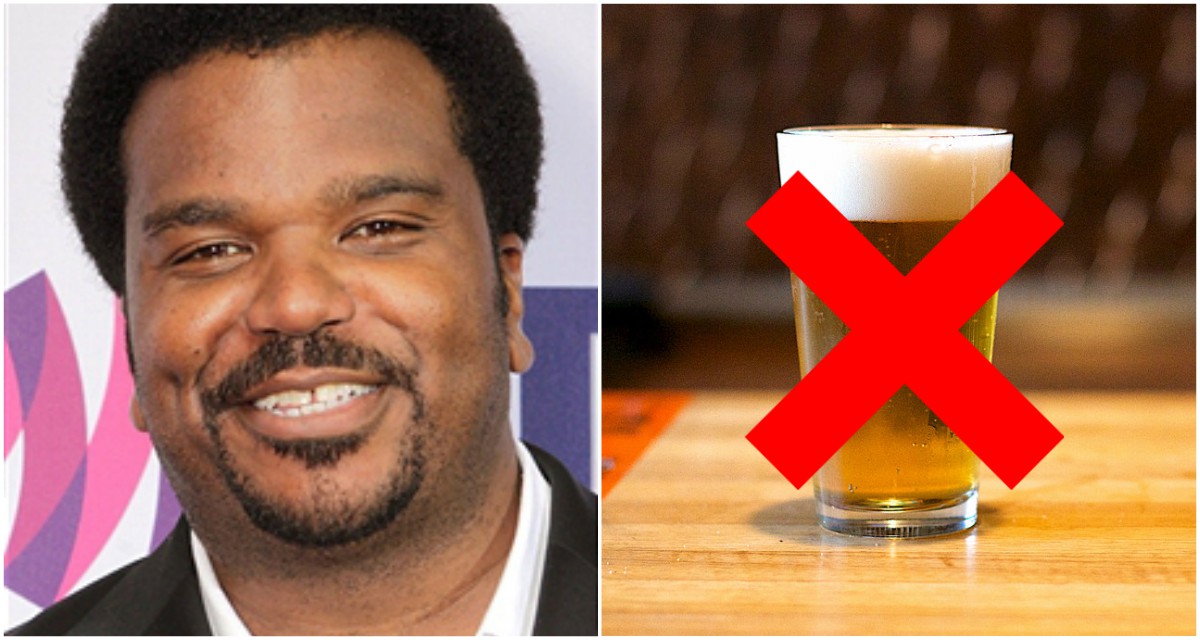 This Actor Went on an Alcohol Detox and Lost 50 Pounds

Craig Robinson cut out alcohol, made one big diet change, and now looks better than ever.

We've all heard that reducing or cutting out alcohol can help with weight loss, but Craig Robinson is here to prove that it really does work.

The actor and comedian, perhaps best known for his role as Darryl Philbin in The Office, recently appeared on Harry Connick Jr.'s show for an interview, where he talked about his dramatic weight loss this year.

"I haven't been drinking," Craig revealed. "Since January, I just put down the alcohol."

Here is Craig on Wendy William's show in January, before he started the detox:

He vowed to stop drinking for six months in order to regenerate his liver and get it back into shape. Unlike most organs in the body, the liver is unique in that it is capable of healing itself over time, not just with scar tissue but with full cell regeneration.

Even though his goal was just a simple six-month detox, as of October, Craig says he has yet to touch alcohol again.

"I heard you can regenerate your liver in six months," Craig explained. "I was like, let me see if I can go six months. And I just haven't gone back."

That's not the only incredible change in lifestyle the actor has made, though. He also revealed that he's been working out more and even beginning to convert to a vegan diet:

"I’ve been trying this vegan lifestyle too," he said. "It's amazing. There are so many great vegan restaurant and dishes."

While veganism is popular for more than just its health benefits, Craig isn't the only one who has gone on the diet and lost weight. In fact, some studies have shown that going vegan could be the most effective diet in healthy, short-term weight loss.

When the show host confessed how difficult trying the diet had been for him, Craig joked, "I went there not drinking this year, and it was like...what am I doing?!"

Despite his teasing, Craig went on to say that – although he missed certain foods, above all mac and cheese – following the diet so far had actually been "much easier than I thought it would be."

We're impressed with the incredible resolve he's shown to adapt to a healthier and more mindful lifestyle. And his hard work has certainly paid off: he looks (and says he feels) better now than ever!

Do you know which is most dehydrating: beer, wine, or liquor?

Here are 6 other celebrities you had no idea were vegan.

Is Greek Yogurt Actually Better For You?

Dig into Fall with this Squash & Camembert Salad

A Step-By-Step Guide to Choosing the Perfect Thanksgiving Turkey This Delicious Flan Is Entirely No Bake – and Egg Free!