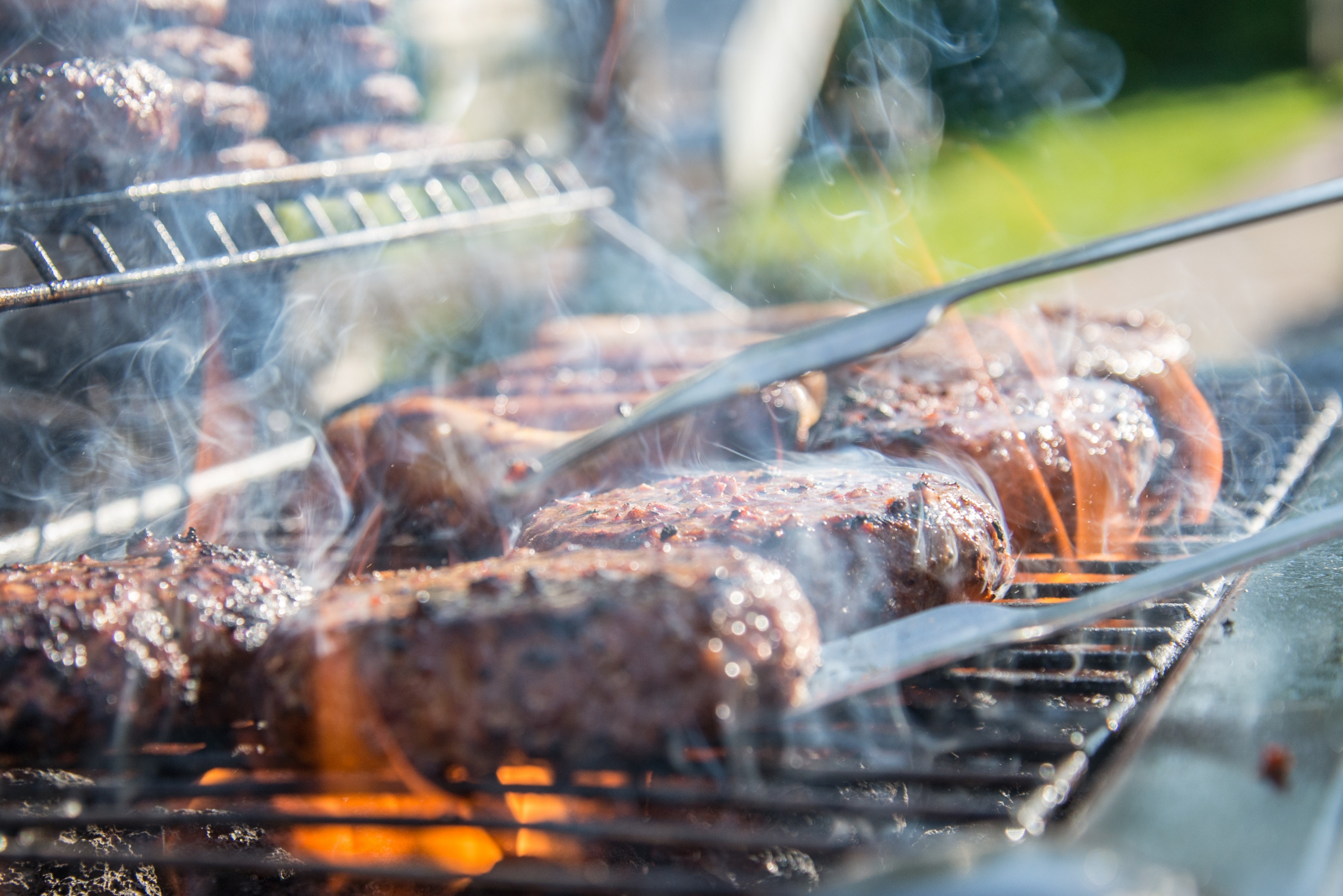 No, it has nothing to do with tanning! 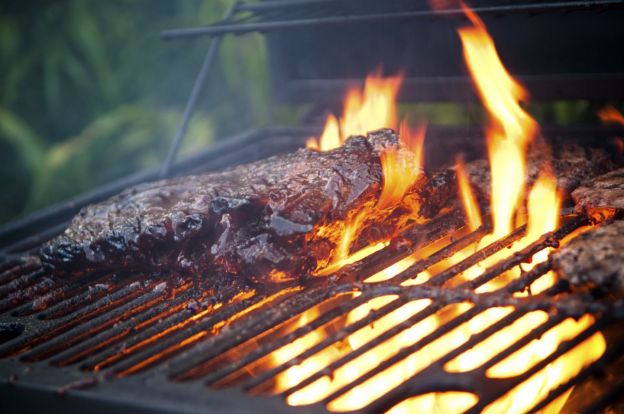 The Link Between Grilling and Cancer

As soon as the weather gets warm, millions of Americans fire up their grills and chow down on perfectly charred meats. However, as good as they may taste, experts at the National Cancer Institute and the American Institute for Cancer Research warn that those grilled meats could be increasing our risk for certain cancers.

According to their research, the National Cancer Institute says that "muscle meats," such as beef, pork, fish, and poultry contain two carcinogenic chemicals that can be activated while grilling. The first chemical is called heterocyclic amine (HCA) and it's activated when amino acid and sugar react to high temperatures, like the ones reached when grilling over an open flame.

The second chemical is called polycyclic aromatic hydrocarbons (PAH) and it's formed when fat drips onto the heat source and causes flames and smoke. The PAH in the smoke attaches to the meat's surface and we ingest it.

Though this all sounds scary, there are steps that you can take to reduce your risk while still enjoying outdoor cooking. 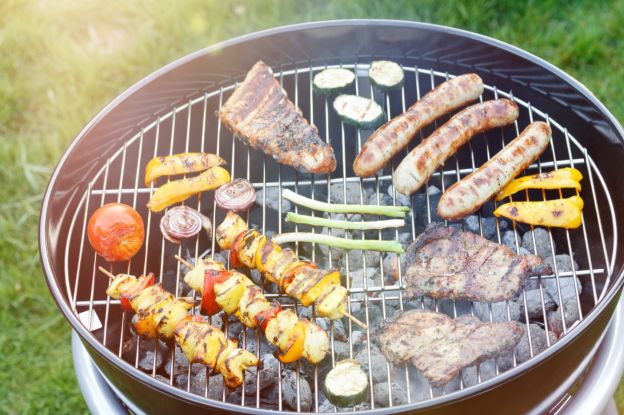 How to Reduce Your Risk

If you keep getting stuck, check out our Quick Guide to Non-Stick Grilling.

Pssst like this? You'll LOVE this Chinese jalapeno chicken recipe!

50 Delectable Reasons to Fire Up Your Grill

4th of July Grilling Alternatives to Brats and Burgers

Easy, Delicious Pizzas You Can Cook on the Grill

25 Hot Dog Hacks You Have to Try

Comforting Foods You Can Cook Over a Campfire (Besides Marshmallows)

100 Grilled Foods to Try this Summer

What is Dry-Aged Beef and Why Does it Make for Better Steaks?