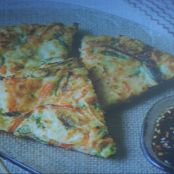 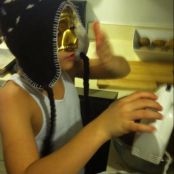 place potatoes in a colander and rinse. Dry on paper towels.

Spray a large nonstick skillet with cooking spray. Heat skillet over medium high heat. Add 1 tsp of butter. Place about 3 Tbsp of potato mixture in skillet, flatten into a pancake with spatula. Make 3 more pancakes in skillet as directed.

Cook until browned on the bottom, about 7 minutes, pressing with spatula. Turn carefully, cook until golden on other side, about 6 to 7 minutes. Place on a plate and cover to keep warm. Repeat twice with the remaining butter and potato mixture. Serve with applesauce or yogurt. 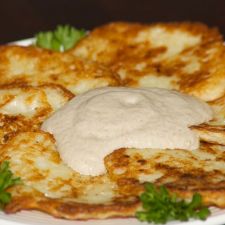 Kitchen HACK: How to Fry Perfect Sunny Side Eggs