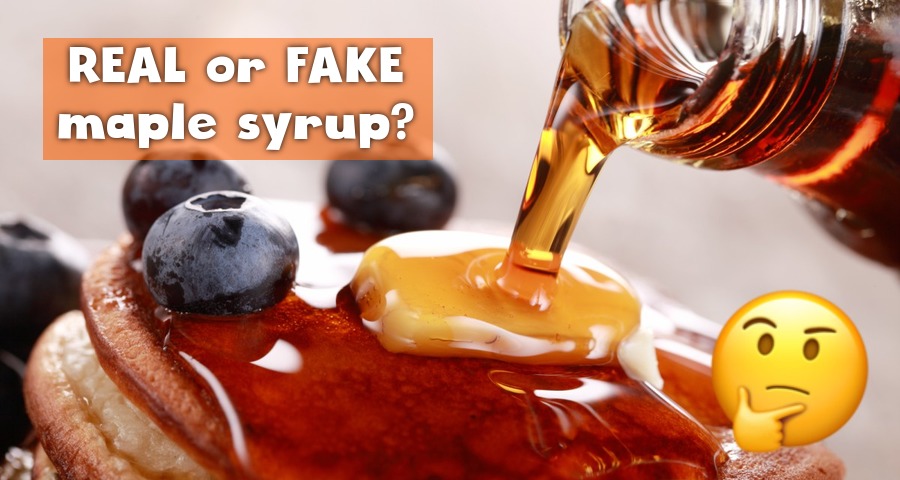 Real Maple Syrup vs. Pancake Syrup: Which Is Healthier?

Most of us have very strong opinions on which one we prefer (usually the one we grew up with). But is one of them actually better for you than the other?

Which bottle do you reach for when you want to top of your morning pancakes, waffles, or oatmeal: the orange maple-leaf-shaped bottle, or the Aunt Jemima Original?

You can probably answer that question pretty quickly. But if you're like the rest of us, you've probably never paused to consider which one might be the better option for your body...

"Real" maple syrup is just what it sounds like: a deep orange, naturally sugary liquid that is painstakingly drawn from actual maple trees. If it's legit, there will only be one ingredient listed on the bottle.

On the other hand, thicker, darker "pancake syrup", also known as "fake maple syrup", doesn't contain a single drop of actual maple product. It's instead artificially flavored and actually made from corn syrup, in addition to a number of preservatives and other additives to improve the taste, texture, and longevity.

Which Is Better For You?

Okay, so we all know that preservatives are a bad sign. Eaten in large amounts and regularly, multiple studies have confirmed that they are certainly no friend to your body.

However, according to an associate professor of clinical nutrition at NYU, maple syrup may not necessarily be a better option. In fact, this sugary gift of Mother Nature might be just as unhealthy as its "fake" alternative:

"If used sparingly on pancakes and such, I don’t think the health differences between the two are that great," Dr. Muller says. "They’re both simple sugars, and so they’re both metabolize in the body as such."

Regardless of what sugary products you opt for, the result is the same once they're in your body, and syrup of any kind is very high in sugar.

Exactly how high, you wonder? In one serving of Aunt Jemima, for example, you'll consume about 32 grams of sugar. However, in comparison, one serving of real maple contains a whopping 53 grams!

And, according to Dr. Muller, “Simple sugar is something that should be eaten in real moderation.” So don't think you're free from health concerns if you're drenching your pancakes in all-natural maple bliss.

What Does This Mean?

It's important to note that Dr. Muller is comparing moderate use of both products. Whether you prefer the rich flavor of "real" syrup or the nostalgic diner-food alternative, too much of either can certainly have a negative impact on your health, whether due to excessive sugar intake or preservatives.

While it's generally better to avoid preservatives when possible, the key here, as with most other things, is moderation. As long as you reign in your pancake cravings to every once in a while, you can feel free to keep on enjoying whichever you like best.

So...do you prefer maple syrup or pancake syrup? Tell us in the comments!

4 Signs You're Eating Too Much Salt