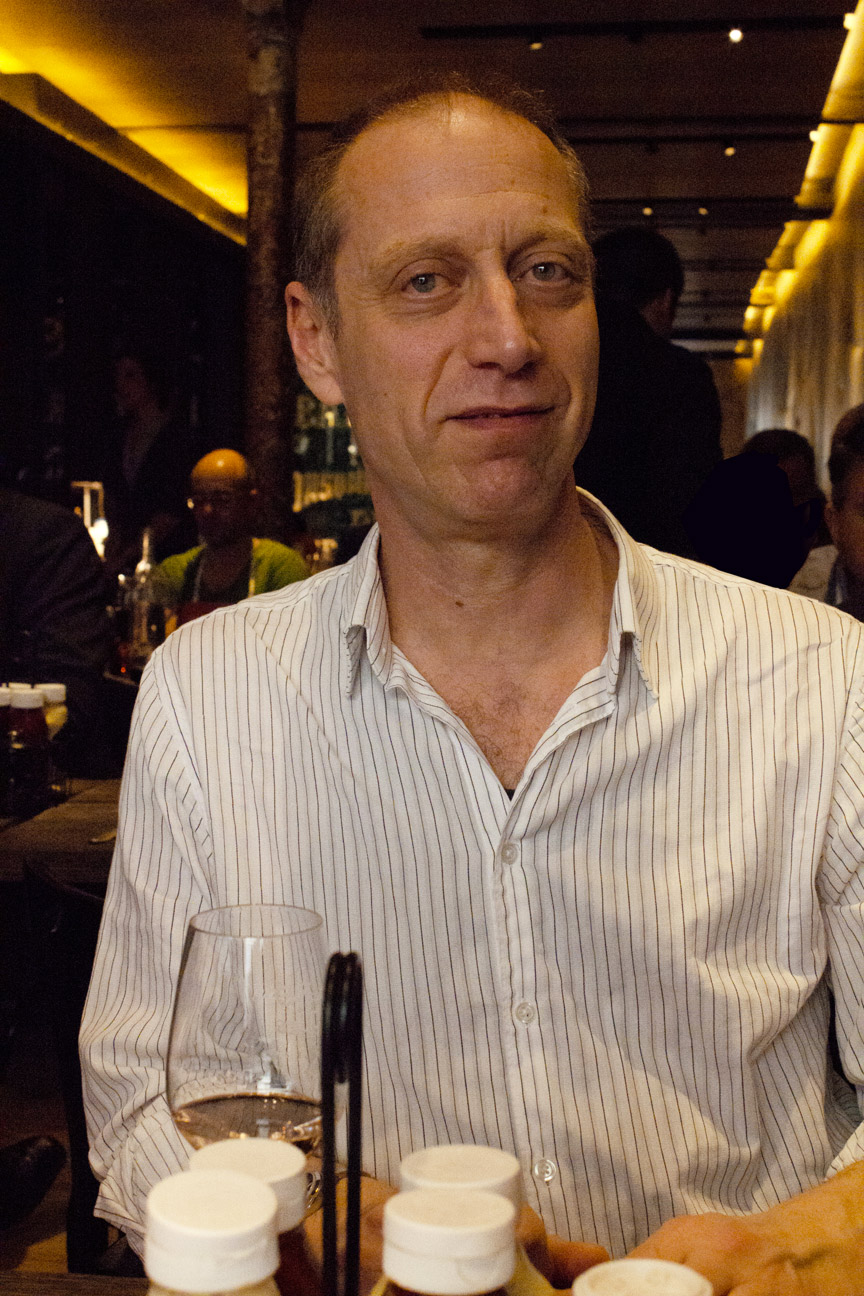 My Paris Kitchen - An Interview with David Lebovitz

Fresh out of the oven are his thoughts on Parisian food, American cooking and his new cookbook, 'My Paris Kitchen'.

On his new cookbook, 'My Paris Kitchen'

“To me, the basis of real cuisine is sourcing the best ingredients. That’s French cuisine." 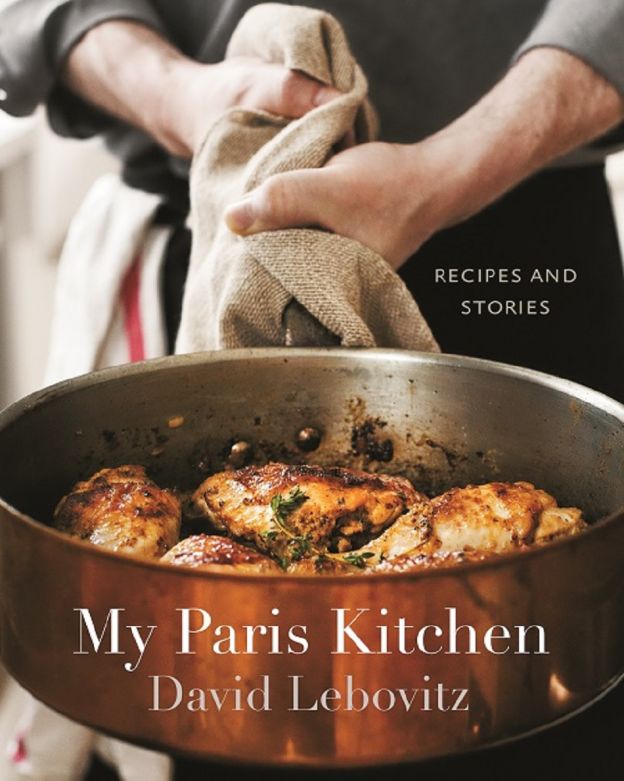 If you’ve ever been a tourist in Paris, you will definitely laugh out loud while reading 'My Paris Kitchen'.

References to handsome, yet feisty, café waiters and picturesque side streets are sure to conjure up some of your fondest Parisian memories. But it’s equally chuckle-worthy for someone who’s never set foot under the Eiffel Tower.

“When I talk about my Paris, it’s honest. Most of my life is prowling the streets of Paris in search of something to eat, or things to take back to my home kitchen to prepare for dinner. I think people can relate to my stories because a lot of them are about things I do wrong or that are my fault.” After all, who doesn’t have a series of cooking blunders or restaurant horror stories to tell at a family dinner?

David’s book goes beyond the chic neighborhoods of Paris, into the more diverse areas of his local stomping grounds. ‘My Paris Kitchen’ is about real French food, which is not just frog legs and snails. “Paris a multicultural city, and that’s something that people don't consider. French people like different kinds of food, and they’re getting a lot better at eating authentic foods from other cultures. The younger generation is traveling and changing the way they eat to a more casual style than in the past. “

Middle Eastern recipes like tabbouleh (with a secret ingredient he got from his Lebanese contractor) happily share the page with French lunchtime staples, like grated carrot salad and steak frites. Just like Paris itself, it’s this very mix of multicultural food that makes the book such a success. 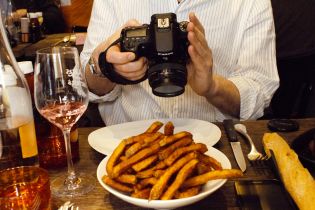 "What is French food? It's global food. I don't think the term 'Parisian food' actually exists because Paris is a melting pot. It's a mix of things that people have brought here. You can still get an outstanding coq au vin, but it's dishes like couscous and spicy merguez sausage that are also part of the Parisian food landscape."

In the 10 years David has lived in France, he admits that there is no question the phenomenon is spreading.

American food is hip in Paris.

Nowadays, barbecued Black Angus ribs or creamy Red Velvet cupcakes are easier to stumble upon than a corner crepe stall.

“Parisians are obsessed with concepts” and things that are 'en vogue', he says.

A new wave of Parisian-American food is flooding the streets of Paris, led by a team of expatriate chefs whose reverence for seasonal, local ingredients almost borders on fanatical.

“There’s a lot of truth to these Americans and Australians who are coming here and changing things. And then the French are following suit,” David says. "It's not a criticism, it's just that it's part of our culture to want to change. We're not so bound up in tradition, so we take chances. The next wave of younger French chefs are following along and making their own changes and being creative in interesting and unexpected ways, too."

Despite their reputation for being garlic-lovers, David says Americans are often shocked to learn that Parisians actually disdain the pungent flavor of raw garlic.

“In Paris, the word is ‘moderation’.

They don’t really like strong flavors, which is surprising because their palates must all be so dulled from the cigarettes! But you have to live here to understand the concept of "moderation” – because it shows a balance between being overly excited (something frowned upon in Paris) and being underwhelming."

David is great at dispelling stereotypes, like that of the infamous rude waiter.

“I’m finding that people in Paris now have become much more accommodating than in the past, especially the younger people. I am struck by how nice the young staff are in so many of the newer restaurants. They're friendly, helpful, and knowledgeable about the foods they are serving.”

On advice for Americans 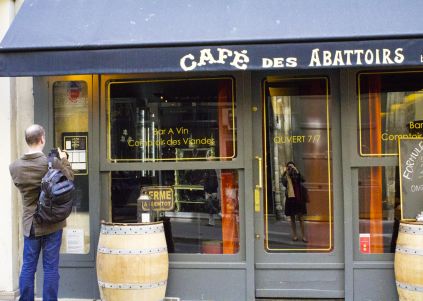 Americans will be happy to know that the French love us.

“They think we’re funny and so polite. Most vendors that I talk to love Americans because of those qualities. Plus we buy stuff!”

But what should an American eat in France?

“Just go to a café! Walk to the nearest square and go to a café; the food might not be great but it doesn’t matter! Just order a croque monsieur and a pitcher of wine, and don't get so caught up in trying to get in to the hottest new restaurant. So many people come to Paris looking for a gourmet experience, but the most authentic Paris experience is often found in your nearest neighborhood bistro."

On how a home-cook can Frenchify their cooking skills 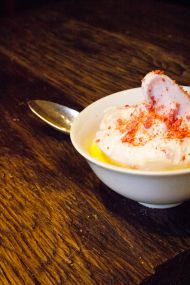 “Fortunately in the US you can get everything.

French cooking isn't just about a recipe, it’s about simplicity, ingredients, not flipping out over making stuff – it's honest home cooking. A meal should be relaxing. The whole French thing is to relax, don’t flip out.”

David is an optimist, but he’s also a realist. He believes that  by giving constructive criticism to a restaurant during his  meal, the food will improve the next time. But he also sees  Paris for what it really is: multicultural, challenging, and full  of delicious food. Plus, he will let you have the last bite of  chocolate cake, which makes him one of the good guys.

Are you craving to learn more about French cuisine? Read our interviews with Guy Savoy and Pierre Herme!

Thank you David Lebovitz for this interview; we love My Paris Kitchen!

Thanks for reading the article! Why don't you try some of these Easter recipes? http://www.gourmandize.com/easter-recipes.htm

I'm sure there is loads of delicious French food to be found in Delhi and Greece! Glad you enjoyed the article!

Great tips and good sense about Paris and eating.
Next time I visit I will definitely try the nearest neighborhood bistro!
By the way, I found a great little French restaurant in New Delhi!... Now I'm off to UK and Greece, and will surely try French food!

What decadent desserts should I make for Easter?

Getting to Know Christophe Adam

Getting to Know Guy Savoy, an Interview

Interview with Clotilde Dusoulier from Chocolate and Zucchini--continued

Interview with Clotilde Dusoulier from Chocolate and Zucchini