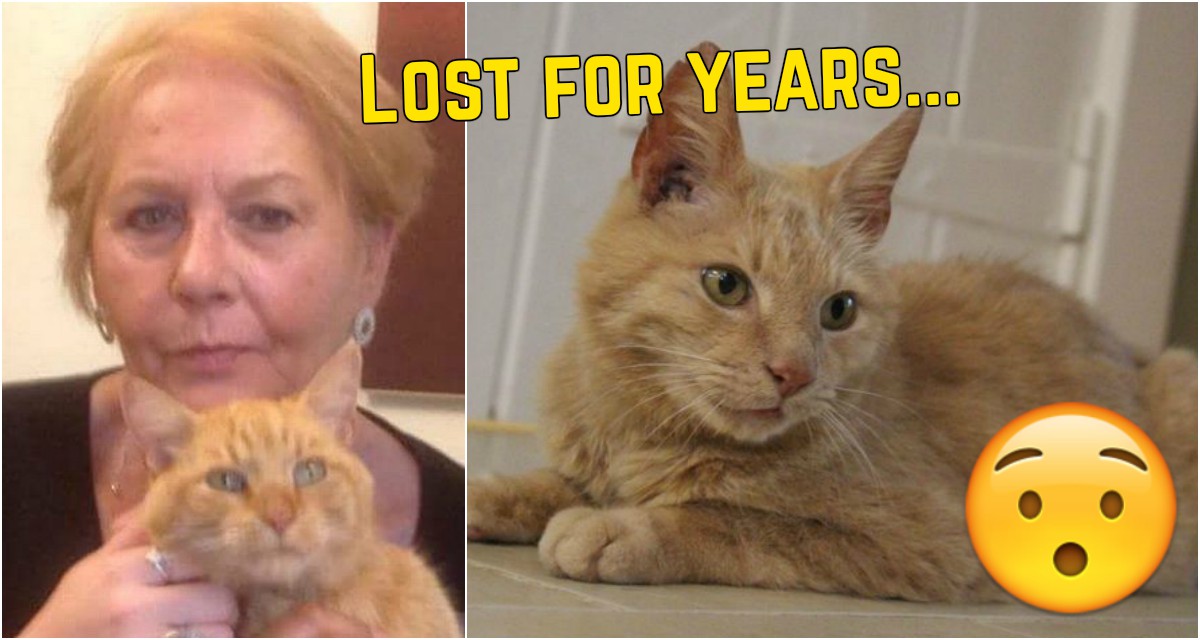 11 Years Later: The Miracle That Brought This Woman and Her Cat Back Together Again

When her cat wandered away from home, this woman thought the worst. After a long 11 years, though, something happened that she never could have dreamed of...

11 years ago, Marie Goddard’s beautiful tom cat named Whiskey wandered away from her home in London, England. He never came back home.

Marie was devastated, thinking something must have happened to him. He was microchipped, so she knew that if he was taken to a shelter, they would be able to contact her. But no one called...and she assumed the worst.

Instead, though, the ginger beauty was found...

...by an older man who lived not too terribly far from Marie. The man eventually moved from London to Norwolk, 100 miles away from the cat's home, and took Whiskey with him, never knowing his past.

One day, when he became too sick to take care of his companion any longer, the man took him to a charity organization so that he could find a new home.

It was there that the microchip was discovered!

The charity contacted Marie, who was delighted to hear that her beloved feline was safe and sound after all!

“I was overwhelmed to see Whiskey," she said. “I thought he must have died, perhaps in a road accident. Thanks to his microchip, he is now back in our lives.”

This story is not the first of an owner being miraculously reunited with their pet thanks to a microchip. More and more organizations have started offering this procedure for free even, in order to reduce the number of animals who have loving homes, but end up in shelters because they cannot find their way back.

Pets have been known to wander incredible distances from their homes, whether because they got curious, got spooked, or simply got lost. This makes it next to impossible for owners to find them again. And, especially in more heavily populated areas, shelters often don't have a clue what home the pet could belong to or who to contact.

A microchip is a tiny, harmless implant that the cat doesn't even feel or notice. Most importantly, though, it contains all the details that a shelter would need to contact you if your cat was ever lost.

And thanks to these little devices, after 11 long years, Whiskey is home again at last!

This Cat Crib Is a Cozy, Space-Saving...

This Cat Café Employs Rats to Look After Orphaned Kittens

This Amazing 5-Year-Old Is a "Superhero" for Homeless Cats

When an Abandoned Baby Kitten Was Found in the Trash, This Dog Knew Just What To Do

How To Rescue A Wilting Basil Plant

Kitchen HACK: How To Ripen Fruit Fast 50 Italian Foods You Have To Try Before You Die