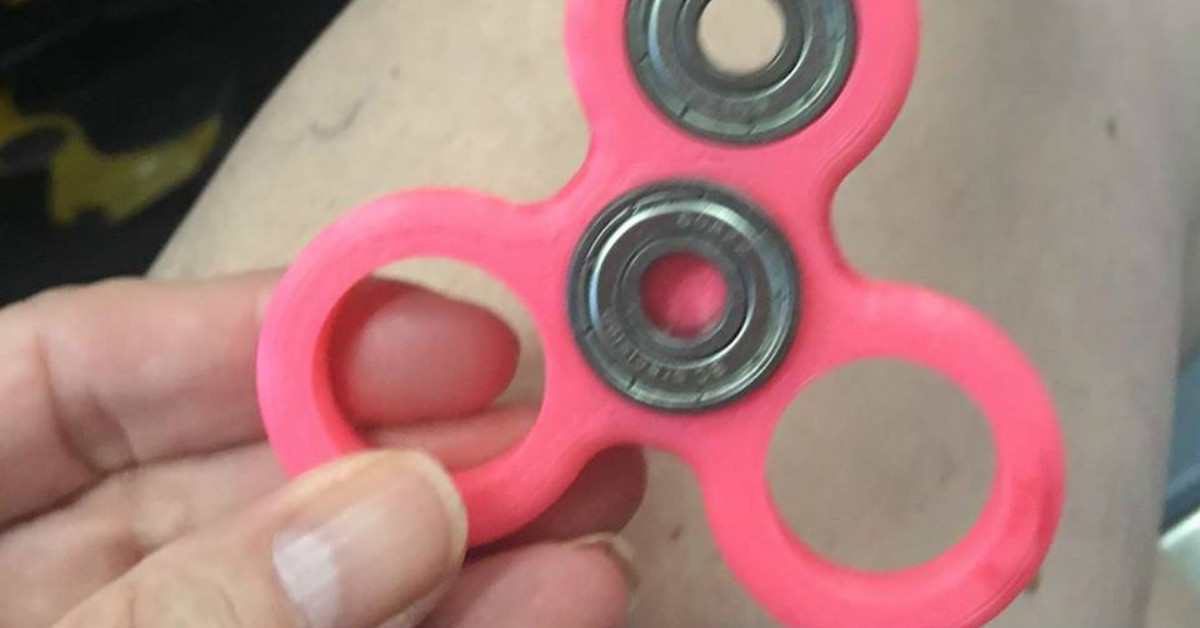 Yes, believe it or not, even chefs have found a way to get onto this trend!

We probably don't need to tell you that Fidget Spinner fever has taken over the globe... as practically every child and teenager in the world seems to have one of these things now. Originally designed as a theraputic and anti-stress device, they recently exploded in popularity among young people.

But not everybody is happy about it. Many schools and establishments have started to ban them outright, citing disruptive behaviour and improper use.

The irritation isn't just among schools either, and at least on restaurant has taken issue with the toy!

Recently, at Le Bernardin restaurant in New York, the chef confiscated one and posted a sign making it clear that they would not be tolerated in his kitchen.

However, after this tweet, anotherchef was determined to prove that, contrary to what we might think, the spinner itself may have a place in the kitchen. They found a creative way to use it in their dish presentation. Check it out!

What do you think of the Fidget Spinnner? Innovative teaching device, or disruptive nuisance?

Join us on Facebook, and get in on the conversation!

10 tricks to lose weight without dieting

Here's Why Broccoli Coffee Could Be The Next Big Thing

Bacteria Loves These 5 Gross Places In Your Kitchen

Is Your Kitchen Complete? See How Many of These Items You Have to Find Out

What In The World Is Blue Matcha?

Start your own GARDEN with these biodegradable seed starters! Watch Out: These Foods Are Full Of Carbohydrates