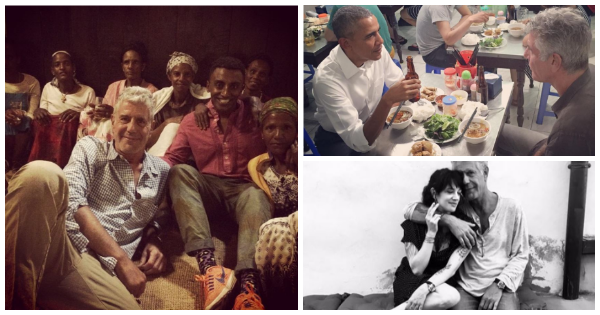 Anthony Bourdain, who recently passed away at the age of 61, was an inspirational chef, author and irreplaceable TV personality who touched people's lives all over the world. His adventurous and open-minded spirit toward food will always be remembered. Here, we take a look back at his most noteworthy career moments, to remember where he came from. 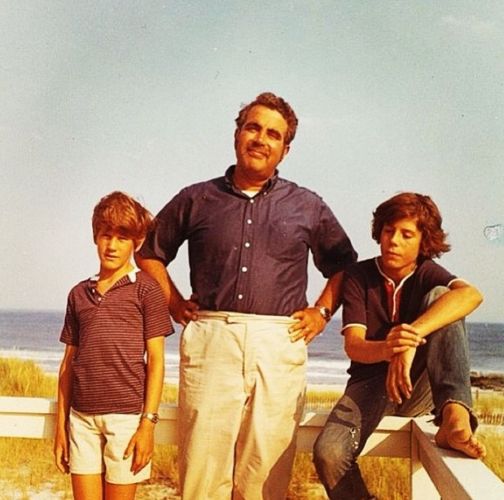 In childhood: Bourdain has his first oyster in France

Born to a French-American father (Pierre Bourdain, in photo, middle) and American mother (Gladys Bourdain, maiden name Sacksman), Anthony Bourdain (in photo, right) first discovered his love of food as a young boy while vacationing with his family on the coast of France. According to biography.com, "all it took to rouse Bourdain's insatiable appetites ... was a single oyster, plucked from the sea and still dripping wet, offered to him by a local fisherman." This moment long preceded his illustrious career, but considering most kids aren't happily slurping down oysters around the world, it's no surprise that Bourdain's palate was open to just about anything later on.

Gordon Ramsay vs Giada De Laurentiis: Whose Steak Is Better?

These Celebrity Chefs Spill Their Best Tips For Your Thanksgiving Feast

Nigella Lawson Talks About How She Stays Fit At 57