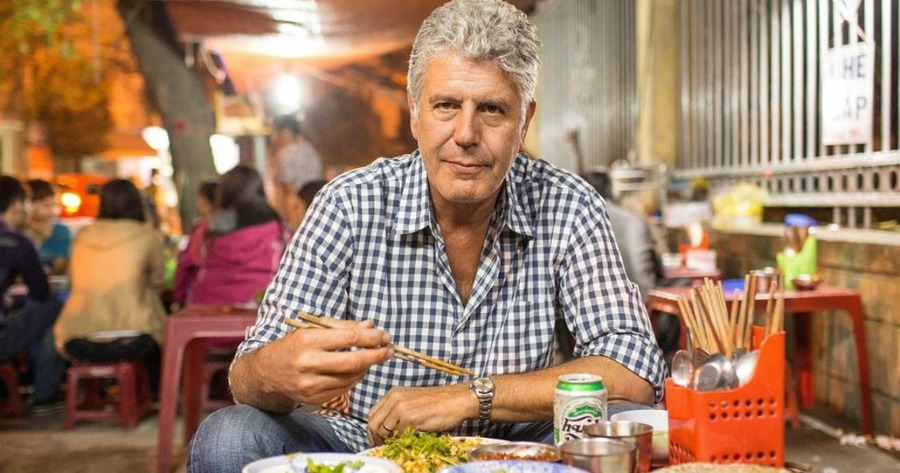 The star chef and world-traveled TV host is imploring Americans to change their ways.

It's not difficult to see why: Americans waste an unthinkable amount of food. According to the Guardian, over 50% of all produce in the United States is thrown away (a quantity which amounts to "one third of all foodstuffs").

After traveling the world for his show Anthony Bourdain: No Reservations, and seeing widespread poverty and hunger, it should come as no surprise that the chef is speaking up.

"This is an issue that goes fundamentally against my instincts as a longtime working cook and chef, where we were taught from the very beginning that one just does not and cannot and must not waste food," Bourdain said, in an NPR interview.

No Reservations explores how food is prepared and eaten in some of the world's most far-flung places, including disaster-struck Haiti. "I thought about how people struggle for food every day in so many places and how much they make with so little, very proudly and generously. How delicious food can be even in places where they have so little to work with."

Producing and then squandering such enormous amounts of food puts a heavy toll on the environment, and Bourdain cautions that it could impact Americans in the future: "It is inevitable, if we don't get our act together, that sooner or later in the face of dwindling resources and supplies, that there will be some sort of regulation."

So what's the solution? "The way forward is to eat better, more delicious food — to enjoy cooking and eating it more, not chaw away mindlessly at this seemingly endless supply of flavorless abundance."

We're with you, Anthony!

12 Foods That You Can Regrow From Scraps!

The Trick Your Grandma Used to Stop Potatoes from Sprouting

The Royals And Their Food: 30 Facts You Never Knew

Presidents And Their Food: 50 Facts You Never Knew

Easy World Recipes Anyone Can Cook

Easy Remakes of Classic Brunch Dishes to Try this Weekend