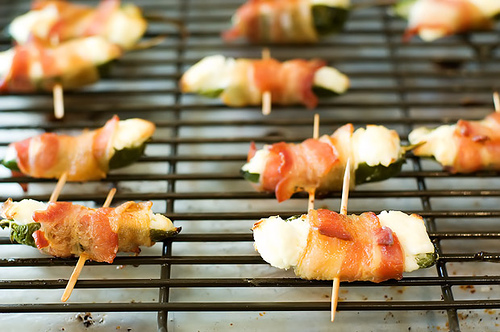 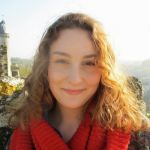 I have tons of cooking anecdotes with my sister, and here's another one. Jalepeno poppers. We experimented. Our first time attempting one of these recipes, she warned me not to touch the jalepenos without gloves on, but I got excited and cut one bare handedly. It was only my first mistake. Not only did it burn the small cut on my finger, but then I itched my eye. That was mistake number two. It burned for hours, and no amount of water helped with the pain. In the end, they came out delicious and I absolutely loved them, despite my suffering. We even had a small gathering with other things like pigs in blankets and chicken wings, and they were a hit! So, lesson is: try these, and wear gloves.

Spread the mixture onto the toasted eggplant slice!

Slice one side of the peppers

The Best Picnic Recipes Around the Globe

The Best Dip Recipes for Your 4th of July BBQ

25 Savory Waffles to Indulge in This Weekend

The Most Delicious Snack Pairings for Beer