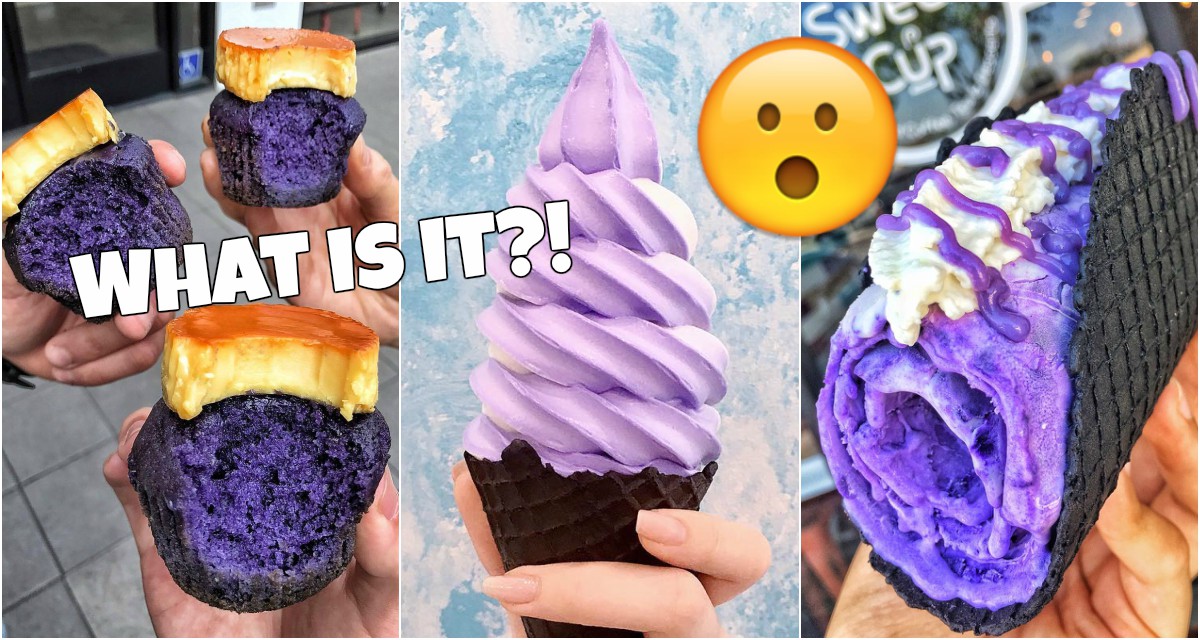 In the wake of its surge in popularity, here's everything you need to know about ube.

There aren't many naturally purple foods in the world, but recently the foodie community has discovered this previously overlooked treasure. It's called ube, or technically dioscorea alata, or just simply purple yam.

Yep. It's a yam! But, as the Phillippines discovered quite a long time ago, it can make a delicious and quite magical-looking dessert.

Where does it come from?

Ube originates from the Asian tropics. For people living there, since ancient times even, it's been a quite normal part of their diets. It's most notably the main ingredient in ube halaya, a Philippine dessert similar to a sort of custard or jam – only radiantly purple, of course!

The yam has been naturalized throughout Australia, Africa, South America, and certain parts of the US, with various names attributed to it in each of these places. ("Ube" is how it's known in the Philippines.) And, with the help of Instagram and other social networks, it's exploded into the wider food world as a trendy new ingredient for anything from ice cream, to tarts, to cookies and cakes.

Ube has its own unique flavor, so it's impossible to describe it and do it full justice. However, people generally agree that it has hints of vanilla, coconut, white chocolate, and pistachio. So imagine something along those lines and you at least have an idea to go on until you actually try it for yourself – which we highly recommend you do!

Where can you find it?

Your best bet for finding Ube is in an Asian supermarket. Although it can come in fresh, frozen, or flour forms, you're most likely to find it frozen in most stores.

Many restaurants and ice cream parlors have also started featuring ube-flavored sweets. It's well worth doing a bit of internet searching to figure out if there's someplace near you that has added this new special to their menu or is offering a limited edition purple dessert.

Still skeptical? Just search #ube on Instagram. You can thank us later!

Cupcake + flan, must have or best enjoyed separately? Repost from @cafe_86 - Ube Leche Flan Cupcakes ???????? . . Do you want to live the dream? I grew my Instagram account by over 400k followers in one year and want to show you how! Join my business partner @grillinfools and me for a FREE online webinar where we spill our Instagram growth secrets. Click the link in my Instagram profile to sign up. . . . . #ube #flan #cupcake #cupcakes #cupcakestagram

So what do you think: are you ready to taste ube for yourself?!

Have a bit of a sweet tooth? Here are 20 desserts you simply must try before you die.

Unusual Yet Delicious World Pizza Toppings You Have to Try

French Toast Rolls And Other Twists On Your Classic Brunch Faves

The Most Popular Foods of the 2010s

Foodie Destinations Around the World: Copenhagen

Instagram Food Trends That Are Actually Worth the Hype

QUIZ: Only Real Foodies Can Score 100% On This Foreign Food Quiz. Can You?

QUIZ: Choose 5 Foods And We'll Tell You What Type Of Person You Should Date