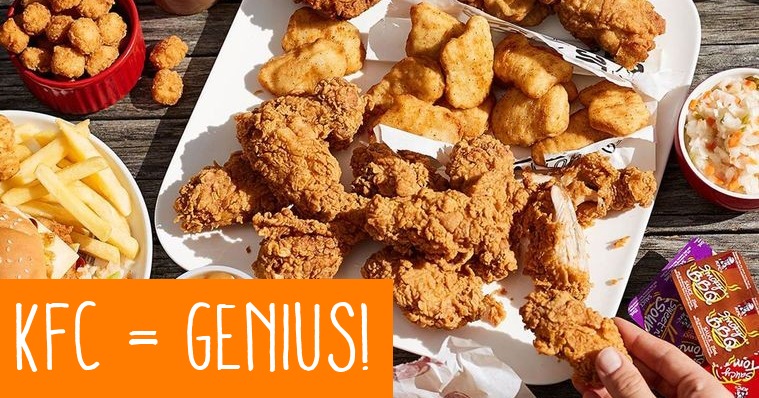 What do Victoria Beckham and Herb Dean have to do with fried chicken?

11 Herbs & Spices. I need time to process this.

It's the answer you've all been waiting for! KFC follows 5 Spice Girls and 6 Herbs to pay homage to the 11 herbs and spices used in the company's original fried chicken recipe. The top secret blend was kept under wraps until Colonel Sanders' nephew accidentally revealed it to the world in 2016.

People can't get over this clever move on the part of KFC's marketing team, claiming that they have officially won the Internet. Ford's Chief Brand Officer Musa Tariq even offered whoever runs the KFC Twitter account a job!

To whomever runs the @KFC twitter account and thought of this. Call me whenever you need a job. You a genius. https://t.co/KjWPvnTJuD

Regardless of whoever came up with this ingenious PR stunt, the world just can't stop talking about it. What a way to pay tribute to KFC's coveted recipe!

Like this article? Try making  finger-licking fried chicken at home with this KFC copycat recipe.

The Best Recipes to Satisfy Your Takeout Cravings

Here's What Fast Food Looks Like Around The World

29 fast food faves you can make at home

Booze Up Now Because A Global Wine Shortage Is Coming 5 Secrets To Make Your Eyes Look Better: No More Dark Circles, Bags, and Wrinkles!