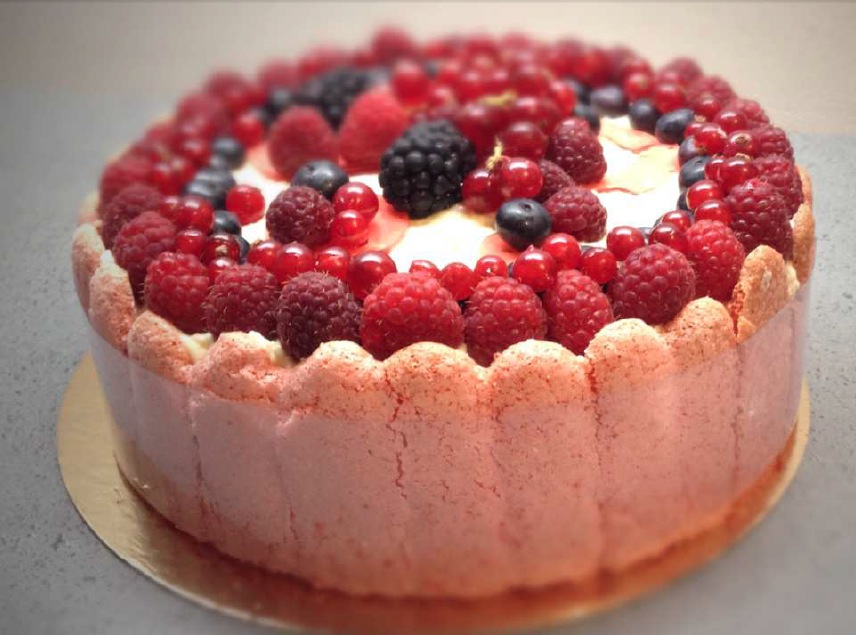 A french classic that combines an airy but creamy bavarian mousse with seasonal red fruits for a rich and satisfying dessert. 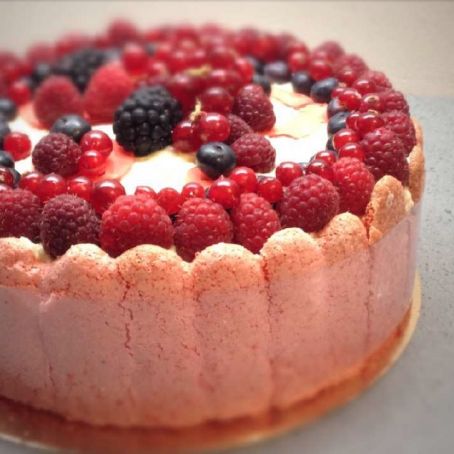 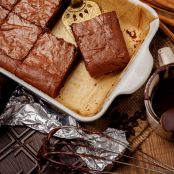 The Bavarian vanilla mousse
Put the gelatin in cold water for about 20 minutes, until it’s softened.
Pour the whole cream in a large bowl and put it in the fridge.
Pour the milk in a pot and bring it to a boil. When it begins to boil, cut the heat, scrape out the vanilla pod, and put it in the milk to infuse for about 10 minutes.
In a bowl, mix the egg yolks with the sugar.
Once infused, take out the vanilla pod and bring the milk to a boil once again. Then pour it into the egg yolk and sugar mixture. Pour this whole mixture back into the pot, and cook it over medium heat while stirring rapidly with a spatula until it reaches 82 degrees C, like an English cream.
Then add the soaked gelatin to the mix and stir it in until it’s completely disintegrated. Reserve until it cools.
Take the whole cream out of the fridge, and whip it on high with the mixer until it doubles in volume.
After re-cooling it, incorporate the whipped cream into the English cream, whipping them together gently with a spatula. Keep the Bavarian cream at room temperature.

Lady fingers
Sift the flower and the starch together.
Whip the egg whites to firm mountain peaks while pouring in the sugar.
Once they are firm mountain peaks, pour the egg yolks into the whites, and mix them gently.
Incorporate the flour and the starch into the egg mixture delicately with a spatula.
Pour a few drops of red food coloring into the mixture until you’ve obtained the desired shade of red.
Pre-heat the oven to 230 degrees C.
Using a pastry bag, on a sheet of wax paper, fill in two disks at a diameter slightly less than that of the dressing circle.
Using the pastry bag, on another sheet of wax paper, make two bands of bayonets, of the same height as the dressing circle, which will make up the exterior of the charlotte. Sprinkle with powdered sugar.
Cook each band for about 10 minutes while surveying.
Take it out of the stove and let it cool.

Raspberry gelatin
Soak the sheets of gelatin in very cold water for about 20 minutes.
In a put, pour in the 15 g of water and the 15 g of raspberry syrup and a few drops of food coloring for a stronger color.
Bring the mix to a boil on the stove.
Add the gelatin sheets and mix them in gently.
Pour it out on a cooking pan and refrigerate until the gelatin has set.

Raspberry Syrup
Mix the 50 g of water with the 50 grams of strawberry syrup. Put aside.

Dressing the Charlotte
Line the inside of the dressing circle with a Rhodoïde band to facilitate the undressing.
Cut the lady-finger bands in half height-wise. Line the inside of the Rhodoïde band with the lady-finger halves all the way around.
Pose a lady fingers-disk at the bottom of the circle. “Paint” it with the raspberry syrup.
Fill in a layer of vanilla Bavarian mousse (about half), and cover it in a layer of red fruits.
Pose the second lady fingers-disk, and repaint it with raspberry syrup.
Fill in another layer of the mousse with what’s left.
Using culinary circle cut-outs, cut out small circles from the raspberry gelatin sheet, in various sizes. Decorate the surface of the charlotte as desired.
Decorate with the red fruits as desired.
Keep in the fridge for one night so that the mousse can set.

These salted caramel thumbprint cookies are easy to make and super delicious! 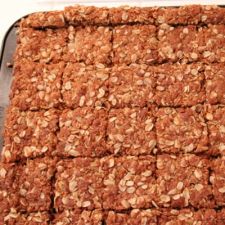 10 blueberry desserts to die for

The 7 essential tips for the perfect fruit salad