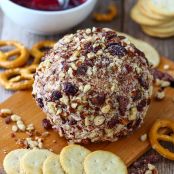 Or use pre-made phyllo cups.

Preheat oven to 350 degrees F. Press one phyllo sheet into each mini-muffin well and bake for 5 minutes or until the edges start to brown. Remove from oven.

In a pan, cook the bacon bits until crispy. Strain the bacon bits into a medium-sized bowl, leaving bacon grease in pan. Place garlic and onions into the pan until onions caramelize. Strain into the bowl of bacon bits. Mix in red pepper, feta and beaten egg into the same bowl, add in salt and pepper for taste.

In each baked phyllo cup, add in a teaspoon of bacon and spinach mixture. Top each with tomatoes and cheese. Place back into oven for 8-10 minutes, or until the cheese is melted.

17 Snacks To Get Your Game On

Why does airplane wine taste so bad?

Why fat should be your friend