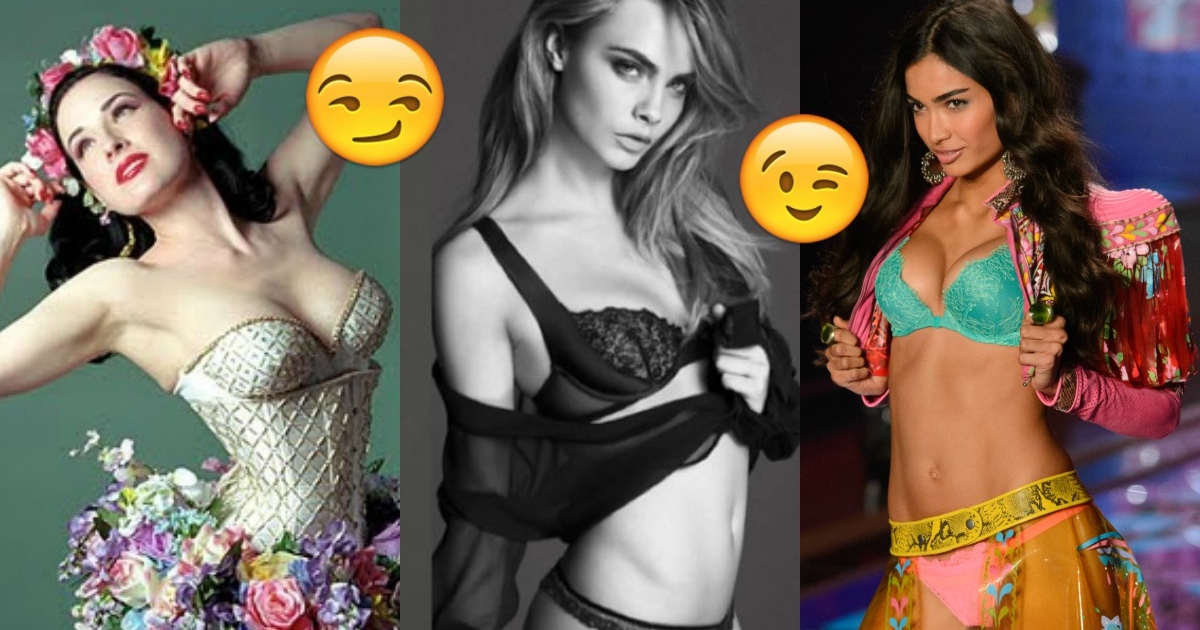 Our secret, sexy lingerie has a long and fascinating history... here are just 8 of our favorite facts...

Until the mid-1800s, it was considered quite improper for a woman to wear anything in between her legs, so women went commando! This was also considered to be a more hygienic at the time. Ironically, it was the can-can dancers of the Moulin Rouge in Paris who popularized panties that had crotches.

The whalebone used to make corsets is not actually bone— it is baleen, or the calcified bristles inside the mouths of whales that is used in the filter-feeding process.

Renowned for it's flexibility and strength, baleen was also used to make things like buggy whips, back scratchers, collar stiffeners and parasol ribs. Today it is has largely been replaced by plastic.

In Italy, show windows will display red undergarments for both men and women, who traditionally wear them on New Years Even to bring luck. Red is also considered the color of fertility, so people hoping to conceive the following year will also wear it.

The woman who patented the first modern bra in 1914, Mary Phelps Jacob lived a fascinating life. In 1924 she changed her name to Caresse Crosby at the suggestion of her second husband, with whom she moved to Europe and lived a bohemian and decadent lifestyle with numerous affairs, a suicide pact, frequent drug use and crazy parties. When she was widowed in 1929 she was widowed (her husband fulfilled a double suicide-pact with one of his mistresses), she moved to Paris and became the "literary godmother to the Lost Generation of expatriate writers in Paris." Finally returning to the US in the mid 30's, she married and divorced a man 16 years her junior, and entered a long-term affair with the black actor and boxer Canada Lee. After trying to establish a center for world peace in Delphi, Greece, she finally died of a heart disease in Rome in 1970.

'Triumph' the international lingerie brand, was the first brand in the world to make bras commercially available to women.

The average American woman has 21 pairs of underwear.

The three most-preferred lingerie colors by women are lilac, blue and purple. White, however, is the highest-selling color in the world. According to a survey, redheads prefer green lingerie.

Women in the UK have on average the largest bra sizes, while women in Japan have the smallest. And according to bra-fitting experts, approximately 80% of women are wearing the wrong bra size.

The World's Most Dangerous Foods

Here's How Often You Should Replace Your Underwear

Eat These Foods To Liven Up Your Love Life

QUIZ: How Good Is Your Halloween Movie IQ? QUIZ: How SEXUALLY DEVIOUS are you?