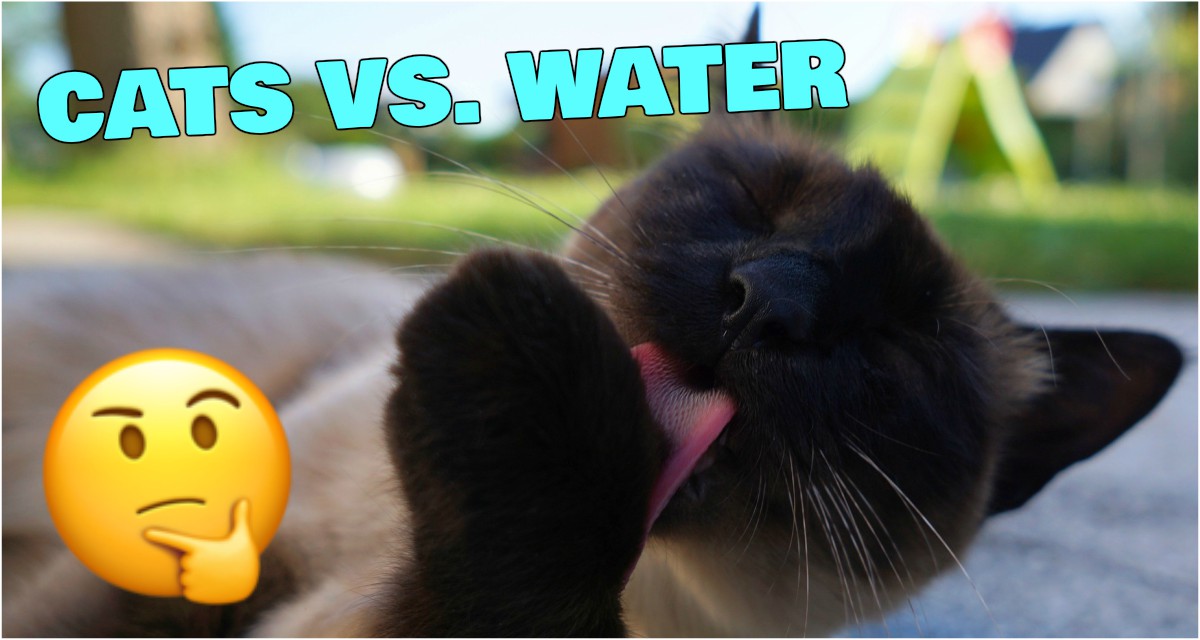 Ever Wondered Why Your Cat HATES Water So Much? Here's Why

The same cat that spends half the day bathing himself with his tongue will flee from a bath without a second thought. So why do cats hate getting wet so much?

It's no secret that cats are clean animals: they spend half their days licking and bathing themselves with their tongue, even! You may also have noticed that your little feline has showed curiosity towards your water glass, the sink faucet, or even a bathtub completely filled with water.

So why do most cats still freak out if they so much as step their paw into a shallow puddle?

Of course, some cats are oddballs and love to be drenched, especially those who live in hot climates or who have been exposed to it since they were kittens. However, if your cat is like most other felines, a bath won't please him in the slighest.

And it turns out there are a few very legitimate reasons why...

1. Their fur is simply not made for it.

Perhaps the biggest reason why felines don't like to be drenched is because it's just very uncomfortable. Their fur gets waterlogged easily, making it very heavy and weighing down your normally-nimble kitty. It's just not a good feeling for most cats.

2. The smell is unappealing.

Another potential reason your furball hates water with such a passion is that they are much more sensitive to odors than we are. Our tap water is filled with chemicals that we hardly notice, but it's very possible that your cat does pick up on those scents and dislike them, therefore making them want to avoid having that smell all over their bodies.

3. Evolution didn't prepare them for it.

With the exception of a few breeds, felines generally were not exposed to water much during their evolutionary timelines. Most come from drier regions, where water was not a dominant part of the environment, and because of their ability to keep themselves clean on their own, there was no need to get soaked.

The exceptions to this trend – including some breeds of jungle cats or cats who were often companions to fishermen – tend to be modern day "oddballs", cats who actually enjoy water.

Despite the fact that cats are actually great swimmers, they might seem to fear water simply because they don't like new things. Cats dislike change by nature, and they prefer to stick to their same habits and familiar things. When they encounter something they aren't used to and don't know how to react to, most cats' first instinct is to run.

Thankfully, felines don't usually need to take baths, as they keep themselves very clean on their own. However, if they get themselves into a sticky situation, it might be necessary for you to give them a bath.

If you do, just be patient. Calm your cat by talking to her and petting her gently, and be sure to use warm water and avoid irritating soaps and bubble baths. It might not be the most pleasant experience for either of you, but it's so much easier if you understand your cat's hesitation and do everything you can to put her at ease.

A little treat or extra spoils afterward never hurts either! ;)

This Cat Crib Is a Cozy, Space-Saving...

Losing weight without dieting, these are the 7 best FATKILLER FOODS

Why You Should Stop Buying Bottled Water

6 Easy Ways to Trick Yourself Into Drinking More Water

Why You Should Add Lemon Water To Your Morning Ritual

Think About This The Next Time You Ask For A Lemon Wedge With Your Water...

4 Huge Reasons Why You Shouldn't Be Drinking Bottled Water