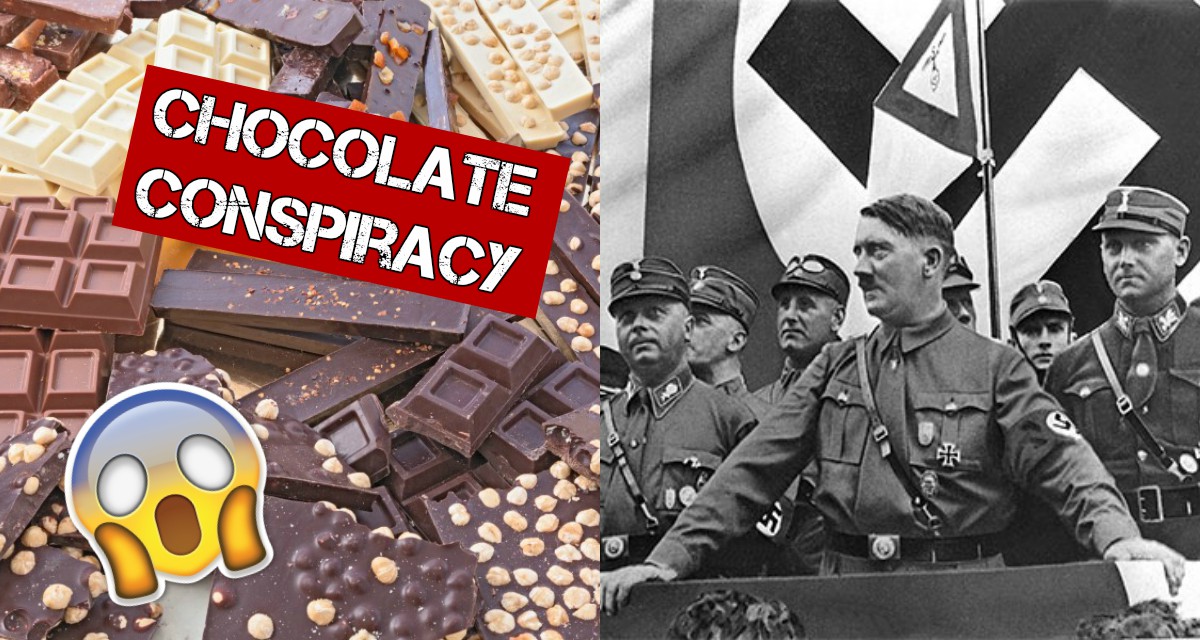 What Do Chocolate And Hitler Have In Common?

They were both involved in a plot to assassinate Winston Churchill (yes, we're 100 percent serious).

During World War II, undercover Nazis in Great Britain hatched a dastardly plan: kill the Prime Minister using an exploding bar of chocolate. It sounds like something out of a spy movie, but this actually happened. The confidential wartime papers detailing the plot were uncovered only recently.

How would it have all gone down? Bomb-makers employed by Adolf Hitler disguised an explosive device with a coat of dark chocolate. They then hid the bomb alongside real chocolate bars and other luxury goods that were served in the War Cabinet's dining room.

This deadly chocolate, if triggered, could have killed Churchill (and anyone standing within a few feet of it!).

Thankfully, British spies discovered the plot just in time. The bomb was described in a letter by Lord Victor Rothschild, a high-ranking MI5 intelligence officer. He had written this letter to the illustrator Laurence Fish, asking him to design a poster of the chocolate bomb in order to alert the public.

The famous letter, dating back to May 1943, was discovered by Mr. Fish's wife Jean Bray after his death in 2009. You can find the full contents of the letter down below:

What do you think of this chocolate plot? Let us know on Facebook!

You might also want to learn more about the original color of carrots.

The Royals & Their Food: 29 Tidbits You Never Knew

45 Delectable Brownie Recipes with a Twist

24 Cocoa-Infused Recipes You've Got to Try

Mouthwatering Desserts with a Savory Twist

Quick & Easy Beef Dinners that are Anything But Boring

Wow-Worthy Chocolate Cake Anyone Can Make

Warm & Cozy Desserts that "Bake" in the Crockpot

30 Fruits and Vegetables You Had No Idea Grew Like This QUIZ: What City You Should Live In Based On Your Sex Drive?