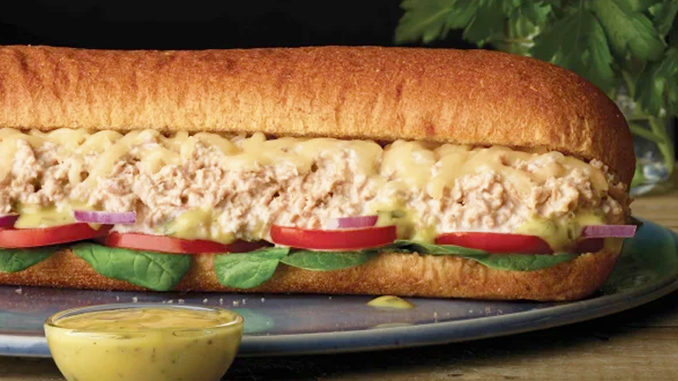 Subway Teams with Tastemade for its Newest Sandwich, and It's Green Goddess-Themed

Tuna-lovers, you're in luck. Get this limited-time sandwich while you can. 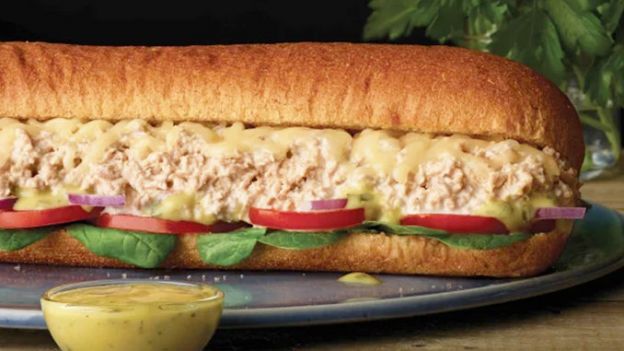 Although it's been widely popularized through modern-day food blogs, Pinterest, Facebook and Instagram, Green Goddess dressing has actually been around since the first quarter of the 20th century. The original recipe was concocted in the kitchens of San Francisco's famous Palace Hotel by then Head Chef Philip Roemer. The idea was inspired by actor George Arliss, who starred in the popular 1920's play named, you guessed it, The Green Goddess.

Roemer then conceived a recipe for salad dressing, made of mayonnaise, anchovies, chives, parsley, scallions, tarragon and tarragon vinegar. The salad was a hit and has remained on the Palace Hotel's menu ever since. According to kqed.org, the dressing is now made in a blender with the following ingredients:  ice, pasteurized eggs, whole grain mustard, shallots, capers, chives, spinach, fresh tarragon, chopped parsley, tarragon vinaigrette, salt and pepper, some olive oil and lemon juice. 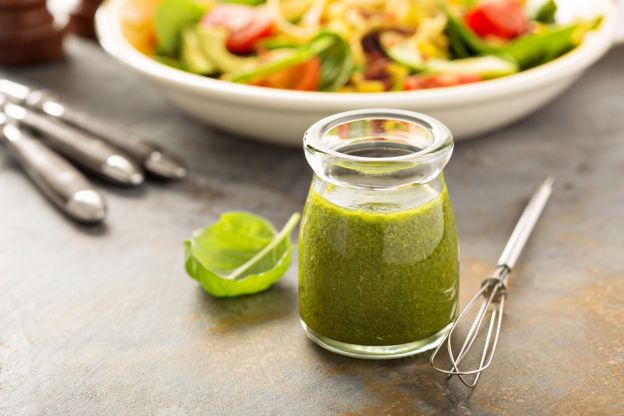 These days, Green Goddess dressing is often referred to as a healthy salad topping and likewise used as a fresh condiment for sandwiches or incorporated into creamy pasta sauces. There are countless variations on the original recipe that you can find online, and it hasn't faded in popularity. That much has been argued by well-known food video brand Tastemade, which rivals Buzzfeed's Tasty in mobile video views, though it doesn't have quite the same breadth in followers (30M vs. Buzzfeed's 96M on Facebook). Using social media metrics, Tastemade has been able to determine food trends that work, and Green Goddess was one of their propositions to Subway in collaboration to create a new tuna-based sub. 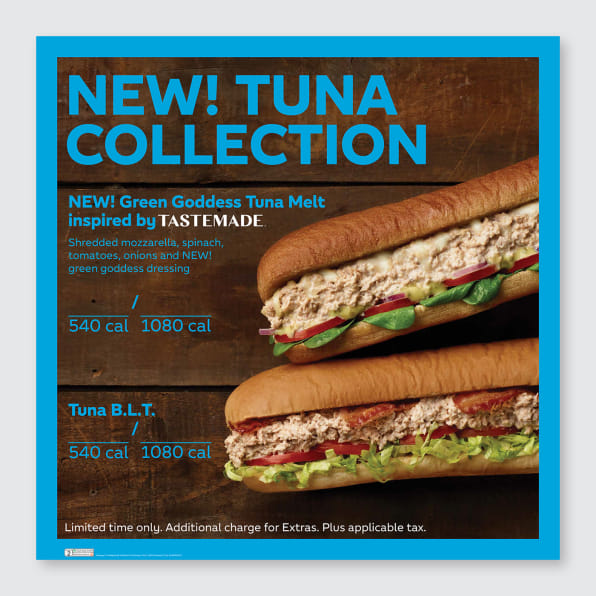 SUBWAY TEAMS UP WITH TASTEMADE FOR ITS NEW GREEN GODDESS SUB

Subway has recently launched the early rollouts of its Green Goddess Tuna Melt "inspired by Tastemade", making it the first fast food chain to offer a sandwich with the famous dressing. The sandwich comes on the 9-grain sub roll and is composed of flaked tuna with mayonnaise, shredded mozzarella, spinach, tomatoes, onions and the Green Goddess dressing.

But—there's a catch. The sandwich is only available at select locations until April 24, 2019. So go get your Green Goddess fix while you can! If it's successful enough, you may just see it return as a permanent menu item.

Hungry for more? Here's how to build your favorite Subway sandwich at home.

Inexpensive Meals to Make with a Can of Tuna

Classic Salads that Can Double as Sandwiches

What's In Jack In The Box's New Merry Munchie Meal? Plus 5 Other Fast Food Chains That Have Subtly Catered To Pot-Smokers

Is Subway Really Healthier Than McDonald's, Burger King, and Others?

THE END OF ADS in the London subway! You'll never guess what they were replaced with...

25 Salads That Were Made To Be Sandwiches

The Best Seafood Recipes For Your Slow Cooker

Fast food hacks: How to build your favorite Subway sandwich at home