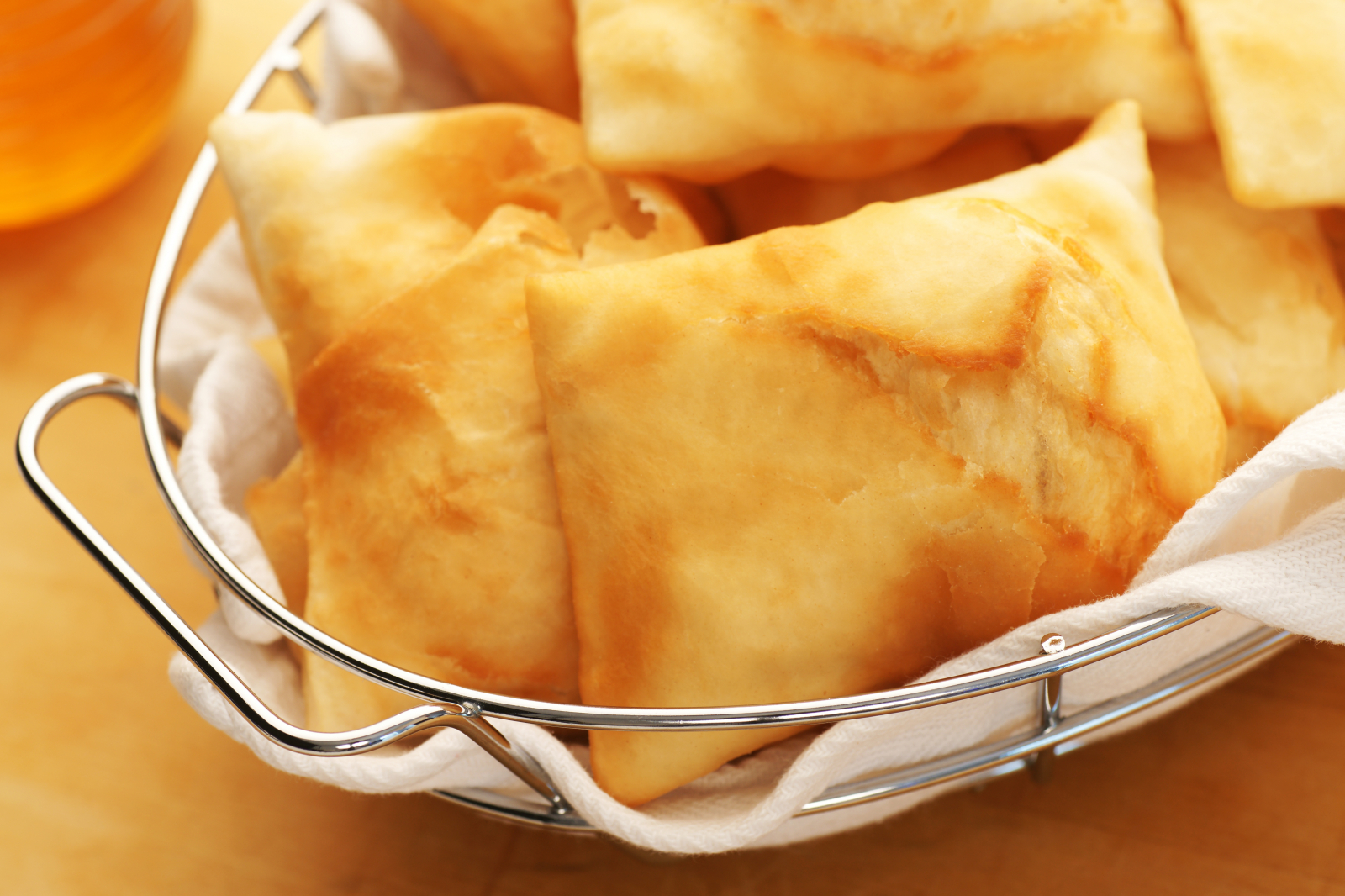 Here's the New Mexican Side Your Bread Basket Needs

In New Mexico, this popular food is served with just about everything. Could it be the dipping companion or bread alternative your meals are missing? 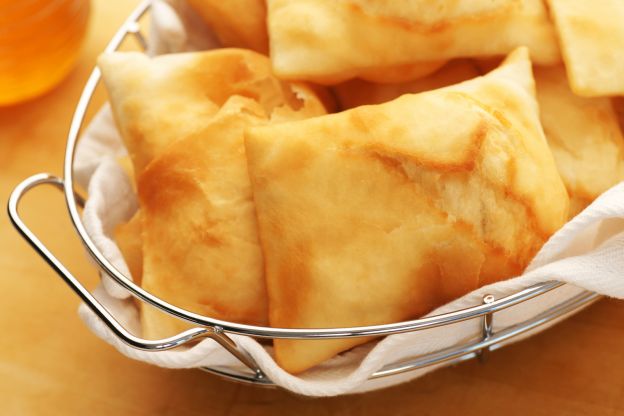 We're talking about New Mexican sopapillas, and if you've never tried one, you've been missing out. Sopapillas are a popular puffy, pillow-like pastry, used in much the same way as other common breads. These incredible crispy treats can be served in a variety of ways, both sweet and savory.

In New Mexican restaurants, sopapillas are typically served as a dessert with a side of honey, or honey butter. However, these versatile fried pastries can also be served like a side of bread, great for sopping up sauces, dipped or shredded into soups, or used to scoop up food.

Latin American countries have their own version of sopaipillas, but the New Mexican sopapilla is quite different and typically much less dense. What makes them so special is their hollow shape and crispy exterior. They're basically a hybrid of the Latin American kind and Native American frybread, which is a fried, flat dough bread.

Thanks to their adaptable flavor profile, New Mexican sopapillas go great with everything, which makes them a great bread alternative for any table. You can also serve them as a dessert with any array of sweet toppings. Or you could even make an entire meal out of a sopapilla by loading one up with your choice of protein, some cheese, guacamole, chili and any other typical enchilada or taco topping. It can transform into a tempting bread bowl of savory and spicy goodness.

So the next time you're wondering what to serve with dinner, try this homemade recipe from New Mexican Foodie.

Hungry for more? Here are One-Pot Meatless Recipes You Could Make Tonight!

These Spanish empanadas are little hot pockets of delicious!

Pull-Apart Recipes that are Finger-Lickin' Good

27 Leftover Chili Hacks You Have to Try

This Stuffed Turkish Flatbread is like Pizza, But Better

23 Iconic World Breads You Have to Try

8 Easy World Flatbreads You Can Make in a Pan

Delicious Ways to Use Up a Can of Sweetened Condensed Milk