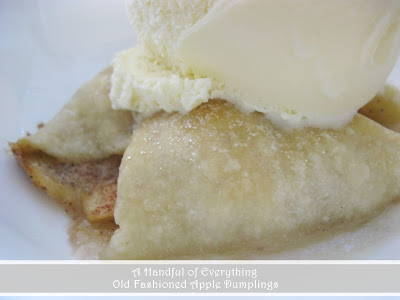 These mini pies are flavored with cinnamon sugar and bake in water to create a rich buttery sauce. These are the perfect dessert served in milk, with whipped cream, or my favorite with a big scoop of vanilla ice cream! 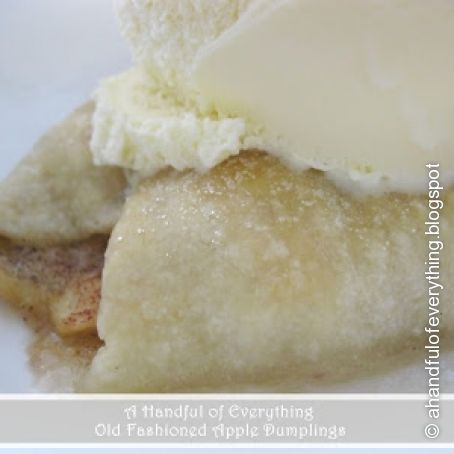 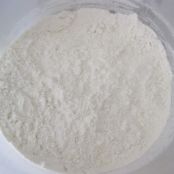 Preheat the oven to 375˚ F. In a mixing bowl add the flour and salt, stir. 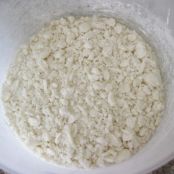 With a pastry blender or a fork, cut in the shortening until the mixture is a coarse meal. 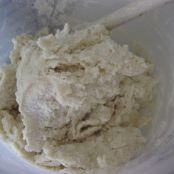 Add the lemon juice and the milk and stir with a wooden spoon to make the dough. 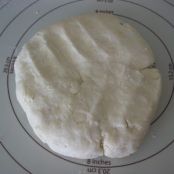 Cover with a cloth and set aside. 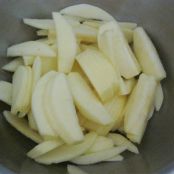 Peel and thinly slice the apples, place in a bowl and set aside.

Combine the 1/2 cup sugar with the 2 tsp cinnamon and place in a small bowl. Cut the butter into small pieces, set aside. Spray 2 9x13 or in my case a 10x15 and a 8x8 inch pan with non-stick cooking spray.

Lightly flour a work surface and a rolling pin. Roll out the dough into a thin rectangle. 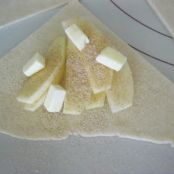 With a knife or pizza cutter, slice the dough into wedges. In the center of each wedge place a small handful of apples, generously sprinkle with cinnamon sugar and then dot with some of the butter cubes. 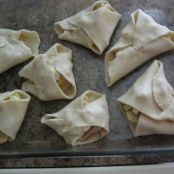 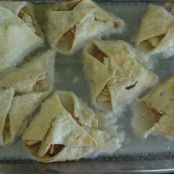 Place in the prepared pans leaving space between each dumpling. Pour enough water into each pan to reach about 1/2" in height. Generously sprinkle the tops with the plain sugar. Bake until golden brown about 40-45 minutes. 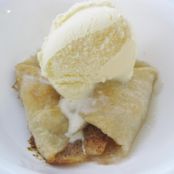 It may not take as long or it may take a little longer depending on how much water you use and how your oven cooks. You want a nice beautiful color on the crust and it should not be doughy on the top at all but have a nice crispness to it.

(After taste testing my husband told me to put more butter and more cinnamon sugar next time, so be more generous than I was in the picture!) 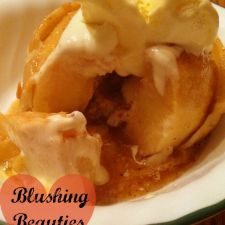 10 Fruits To Fall In Love With This Season

No Diet and No Exercise: Eat This Food To Get The Body Of Your Dreams

Here's What Fast Food Looks Like Around The World

This Is What a Professional Dietitian Recommends You Feed Your Kids