This is a light creamy cheesecake that will soon become your favorite. 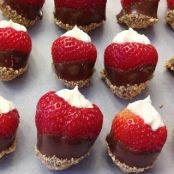 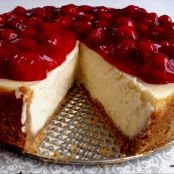 Mix the melted butter with the crumbs and press into a cheesecake pan.

Beat in a sauce pan egg yolks, sugar, salt and milk. Cook until it thickens. Add the gelatin mixture and stir until dissolved. Let it cool.

Add vanilla, cream cheese. Beat the custard until well blended with the cheese.

In a large bowl beat the egg whites until stiff but not dry. Gradually add the sugar. Fold the custard mixture into the egg whites.

In a separate bowl beat the whip cream until stiff. Fold into the egg white mixture. Fold in a small can of drained crushed pineapple.

Fill the crust with the mixture. Chill for several hours. Decorate with fresh fruit.

Easy Loaf Pan Recipes You Can Make Ahead

42 Cheesy Recipes to Make This Winter

This Moist & Delicious Walnut Cake will Make You Forget About Pie

The One Ingredient Your Desserts Should Never Be Without

Sweetened Condensed Milk: All the Amazing Things to Cook & Bake