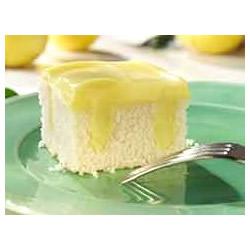 Ginger is a delicious spice, but it can be hard to peel it without wasting. In this video we show you a quick trick to peel ginger like a pro, minus the waste!

1. Prepare cake mix as directed on box and pour into a 9×13-inch Pyrex dish

A spin on a custardy pudding dessert that others won't believe how it's really made :)

All the Foods You Can Grill (Beyond Burgers & Brats)

45 Delectable Brownie Recipes with a Twist

Seasonal Desserts that Highlight the Best of Spring

Easy Loaf Pan Party Snacks You Can Make Ahead

Grandma-Approved Recipes from Around the World