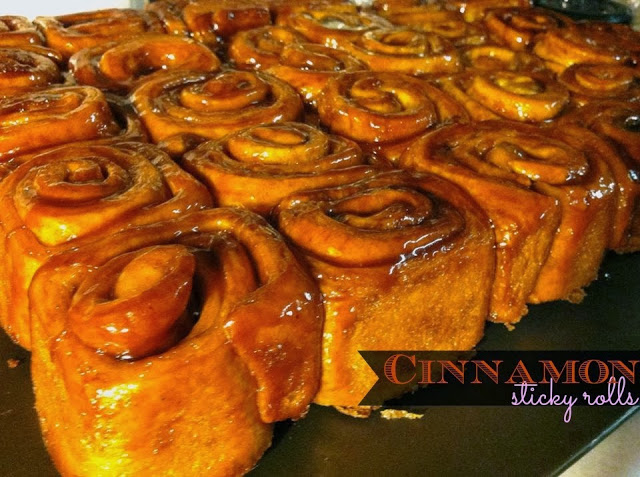 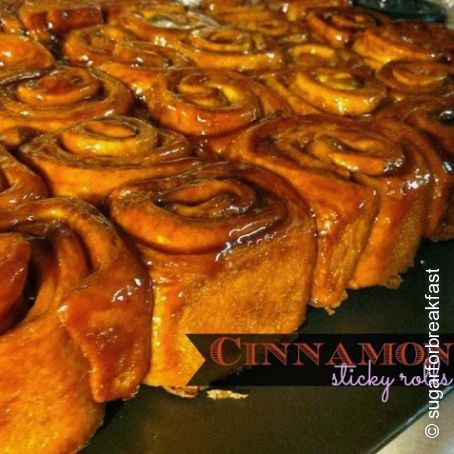 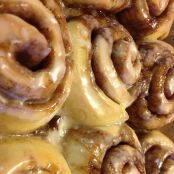 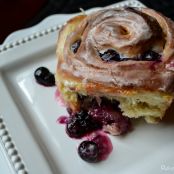 In a large bowl combine 3 cups of the flour and the yeast.
Cook the milk, sugar and butter in a saucepan over medium heat until 120 degrees.
Stir constantly.
Pour the warmed milk into the bowl with the flour and yeast mixture.
Add the eggs.
Beat using the dough hook on a mixer, or by hand.
Mix in as much of the remaining flour as you can.
Turn the dough out onto a floured surface, and knead in as much flour as you can until the dough is smooth and elastic. (3 minutes or so)
Form into a large bowl.
Place into a greased bowl, turning to cover all the dough with the grease.
Cover and let rise until doubled in a warm space, about 1 hour.

Punch dough down and divide in half.
Let dough rest while preparing the butter/sugar dips.

Melt the 1 cup butter in a separate dish (I use a bread loaf baking pan)
Combine the 1 cup sugar and ground cinnamon together in another loaf pan.

Roll each half of the dough out into a 12 inch square.
Using a pizza cutter, slice into 8 strips.

Butter the bottom of a 13x11 baking pan.
Sprinkle the bottom with white sugar to cover it completely.
Sprinkle ground cinnamon over the sugar.
*If you want pecan rolls now sprinkle chopped pecans over the cinnamon and sugar.

Dip each dough strip into the melted butter.
Dip the strip into the cinnamon/sugar mixture.
Roll the strip into a roll and place into the baking dish.
Repeat with the other piece of dough until you have 16 rolls.
You may need to melt more butter, or add more sugar/cinnamon mixture.

Immediately after removing from the oven, invert the pan onto a large baking sheet or foil-covered counter top.

The only way to make the perfect Madeleine

10 knock-out desserts your kids can bring to school

Fall in love at first bite with these oozing chocolate croquettes