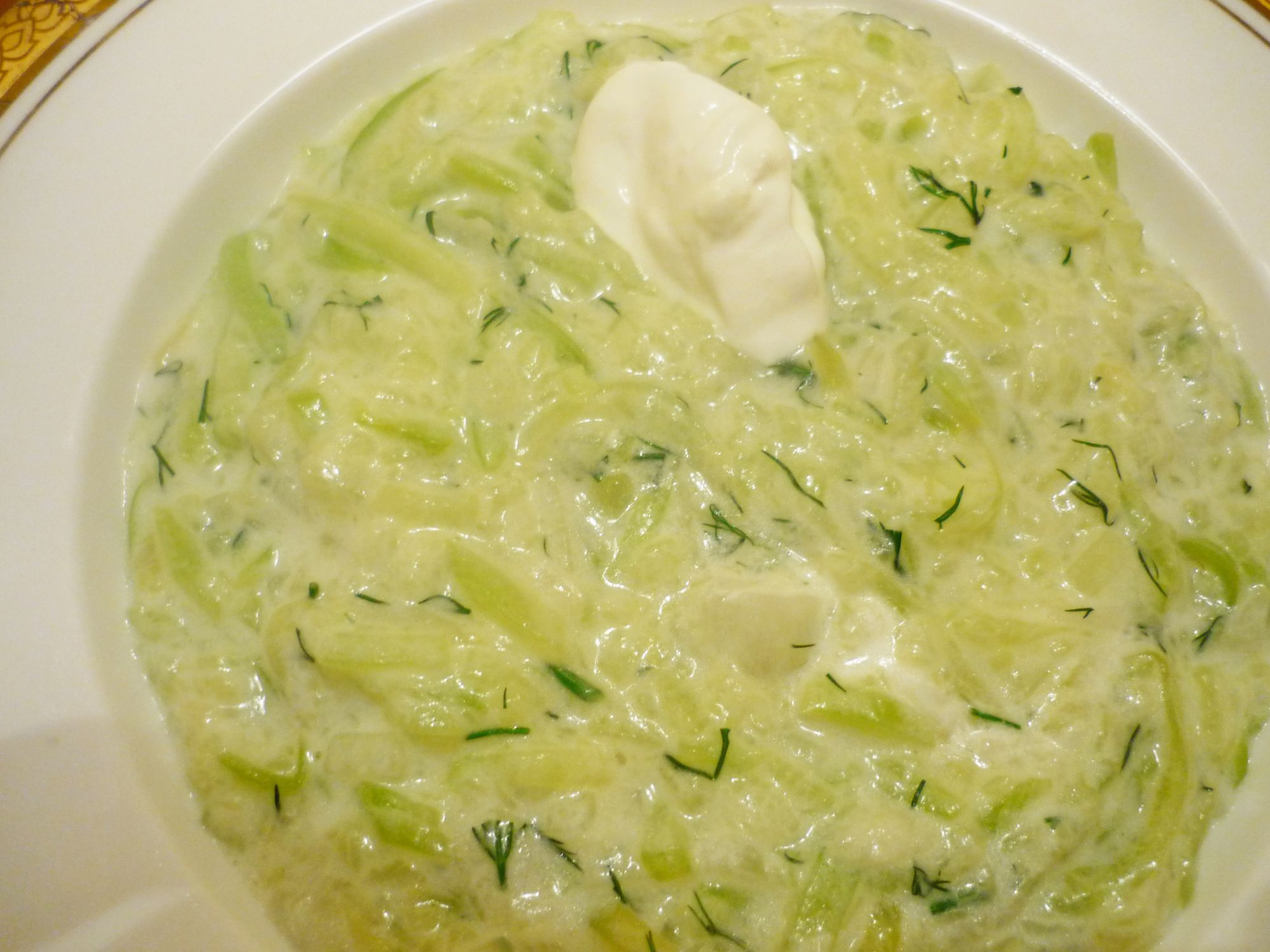 Here's a delicious Hungarian recipe for creamed zucchini with a hint of dill. It's light and refreshing, which makes it a wonderful side dish to meat. 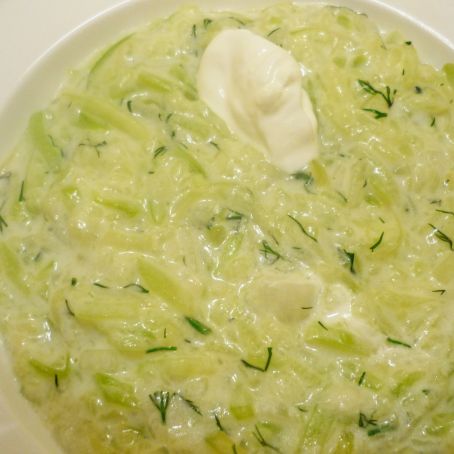 Wash and peel the zucchini. Use a large holed grater to shred the zucchini (or slice very very thinly).

To cook:
Place zucchini in a pot, then barely cover the squash with water. Add the onion slices, stir it, and cook. When the zucchini changes to a creamier color, it is done. Pour out the cooking liquid into a large container. Don't throw it away yet, you might need it.

In a small bowl, mix the sour cream and flour.

Add the sour cream to the drained zucchini while stirring to avoid clumps. If too thick, thin it out by adding 1 tbsp of sour cream, then one tbsp of the cooking liquid that you set aside. Repeat until the desired consistancy is acheived.

Next, add the sugar and remove the larger chunks of dill and serve.

Ooh, Hungarian zucchini squash with dill?! I actually know a few Hungarians I can try to make this for! I think I'll serve it as a side and try to make a hearty beef dish to serve with it.

I've never heard of this recipe for Hungarian Zucchini Squash with Dill. Is it a typical Hungarian dish? Do you serve it as a side or a main dish? It sounds lovely! :) 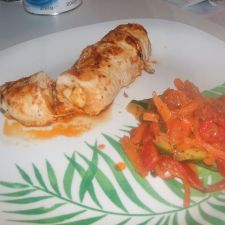 50 Refreshing Summer Sides You Have To Try