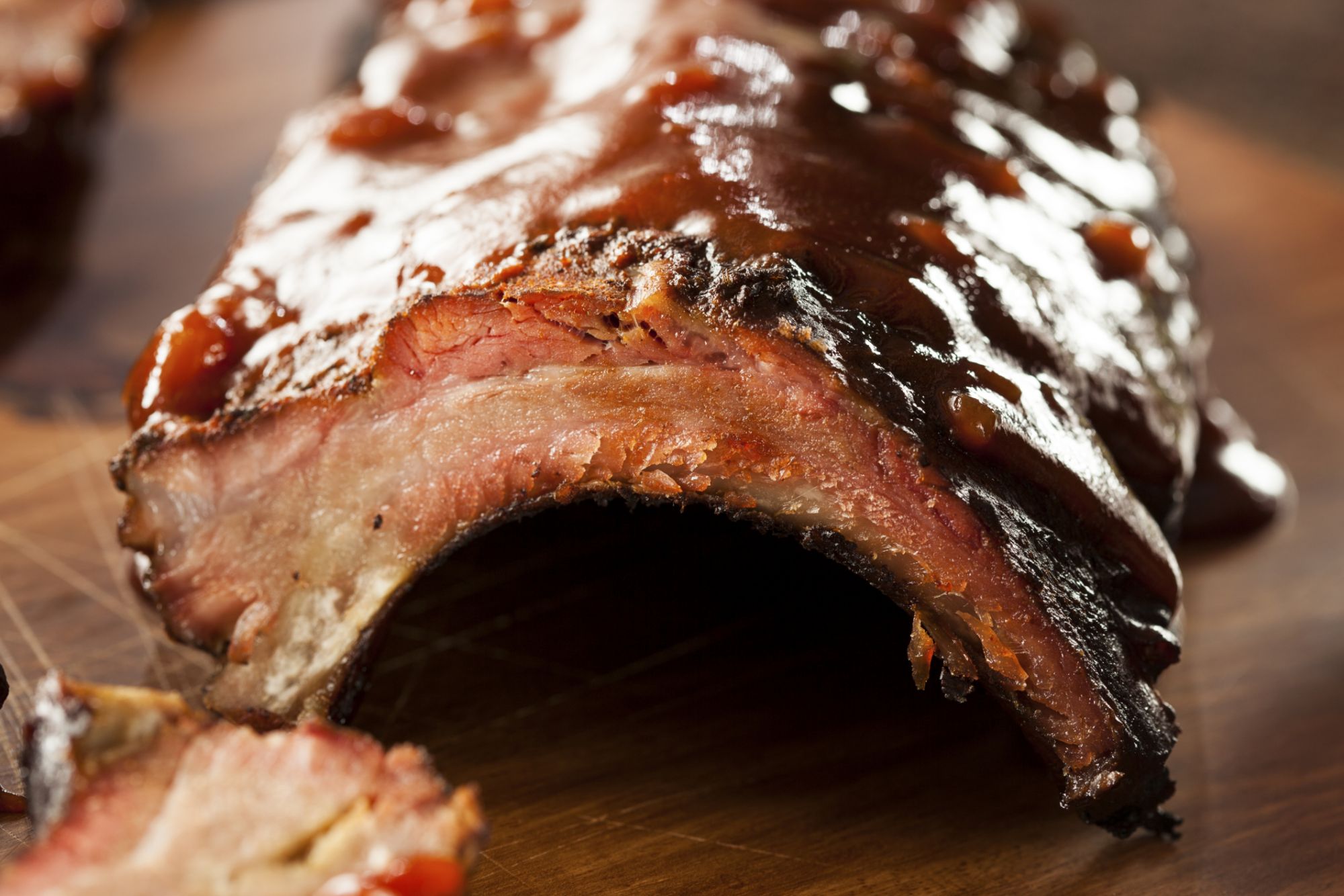 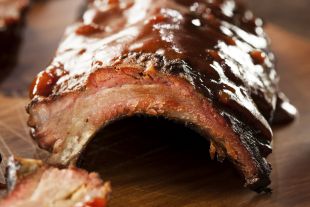 Pork is a great animal to raise and to eat, as every part of the animal can be consumed. Pigs are principally raised in factory farms, and slaughtered at around four to six months of age. These are called fattening pigs. However, the term “pork” refers to not only to fattening pigs, but also to older pigs, such as boars (an uncastrated male pig whose meat is firm and strong) and sows (female pigs whose meat is usually only of mediocre quality), to charcuterie (deli meat that is tender and savory), and to piglets (3 month old pigs whose meat is white and succulent).

To sauté pork, put your skillet on high heat until it smokes a bit. Add in some oil, and cook the pork slices through until slightly brown. There should be no pink left. Take the pork out of the pan and set aside. If you are stir frying vegetables or a sauce, prepare that now, then add the pork back in at the last minute to mix the flavors a bit.

1) Thin chops should be cooked hot and fast! Spend only one minute on each side, and get that baby off before overcooking.
2) Thick chops should be cooked at a lower heat for a longer amount of time. Sear the sides first at a high heat for one minute on each side, lid closed, then turn the heat down (or move the chops to a cooler part of your grill), and cook for about 3 minutes on each side, lid closed.
3) After cooking the chops, they must “rest”. This is important as it lets the meat become a bit softer and juicier. Place the meat on a plate and let them rest for 5 to 10 minutes. The step will make the difference between mediocre and great meat.

Roasting is cooking the meat in the oven, uncovered, and without any added liquid. If you add liquid, you’re poaching your pork.
Preheat your oven to 450°F. In a bowl, mix your seasoning (usually one tbsp. of olive oil with salt, pepper, and any herbs). Rub the seasoning all over your pork roast, and then lay the pork in a shallow roasting pan, fat side up. Don’t remove the fat yet. Cook for about an hour and a half, until the internal temperature reaches 145. Take it out, place it on a serving plate, cover with foil, and let rest for 10 minutes before slicing. Slice your pork against the grain as this will give you more tender pieces.

The best part about slow cooking pork (or any meat) is that you can buy cheaper cuts of meat, and they’ll turn out just as juicy and tender as any other cut. There will always be a ton of flavor, so playing around with different spices and herbs can be fun! Place your pork along with the other ingredients and spices in your slow cooker, or pot. Cook on low, covered, for about 7 hours. Check every few hours, and stir, until the pork is cooked through.

Poaching is a great method, as it retains moisture and flavor. Place your meat in a large pot, and cover entirely in cold liquid. Add any flavoring, such as bay leaves, garlic, or herbs, bring the liquid to a boil, and spoon out any foam that forms on top. Once boiling, reduce the heat so that the liquid only simmers. To check how well your meat is cooking, take out a piece of your pork and either measure the temperature (should be 145°F), or cut it open with a knife to see if the juices run clear. Let rest for ten minutes on a plate, covered in foil, then serve.

Braising is a method where the meat is seared, then slow cooked in a slowly simmering liquid. To do this, use a large Dutch oven, or slow cooker. You can also sear the meat on the stove and slow cook in the oven by transferring to meat to a large platter filled with liquid.
Butter or oil the bottom of your cooking surface on medium high heat, then sear the meat on both sides until slightly charred. Add vegetables and cook for 10 minutes until browned and soft. Then add your liquid, such as stock, wine, or water. Cover and slow cook for about 3 hours on low, until the meat is falling off the bone.

Choose meat that is pink and firm with some white fat, but not too much. Pork always makes a great main dish, as you can pair it with a multitude of different vegetables, sauces, and herbs (thyme, rosemary, and sage are always good picks).