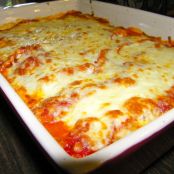 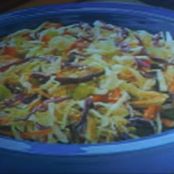 Start by cooking the hamburger. Add Worcestershire, soy sauce, and pepper to the hamburger. Cook until meat is browned. At this point you will also want to start another pan boiling water for the pasta.

Drain pasta. Shock pasta by running immediately under cold water for about 1 min while in strainer.now you are ready to serve.

This multi-colored Rainbow Shrimp Pasta is utterly delicious, and sure to impress when you serve it up!

Hunger hacks: 25 foods to suppress your appetite that won’t leave you hanging