Who wasn't tempted to whip up their own version of this French vegetable dish? A staple in the film, you might consider not letting the rats help you though!

They say chocolate is an aphrodisiac, it certainly is in this movie!

After Julia Child arrives in Paris she starts to wonder what to do with herself, prompting the declaration that all she liked to do was 'Eat!'. If you were left salivating after this movie, why don't you try your hand at making this classic Sole Meunière 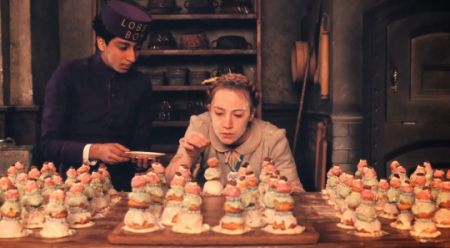 We were left breathless by this patisserie, not only is completely beautiful, it also defies the laws of gravity with its three-tiered choux action!

If you're brave enough, Fox released a how-to video, we'd love it if you tried!

Who doesn't dream of sushi!?

As iconic as the film itself.

You don't have to go through a disastrous divorce to enjoyr pizza, alone, in Italy.