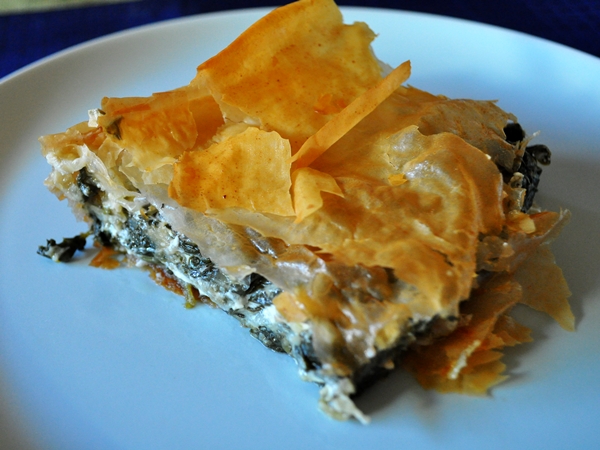 Flaky phyllo sheets are layered with a savory spinach and feta cheese filling. Spanakopita can be made as a "pie" or pita, or as individual phyllo triangles.

I always keep trays of uncooked spanakopita in the freezer as a handy appetizer or side dish for guests. It freezes very well and heats beautifully. 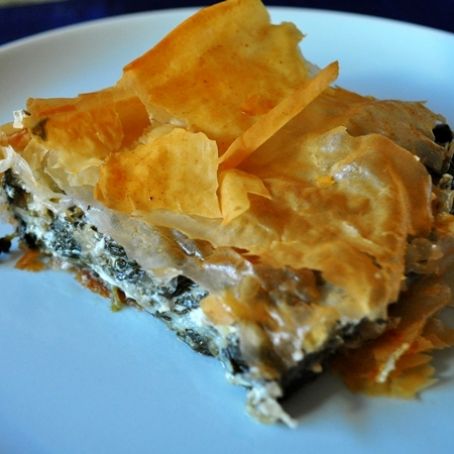 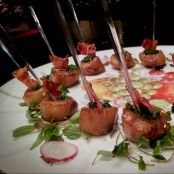 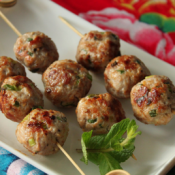 Wash and drain the chopped spinach very well. If using frozen spinach, thaw completely and squeeze out excess water. Spinach should be dry.

Heat the olive oil in a deep saute pan or large dutch oven. Saute the onions and green onions until tender. Add the spinach, parsley, and dill and cook for 5 to 10 minutes until the spinach is wilted and heated through. Add the nutmeg and season with salt and pepper.

If using frozen spinach, you will want to cook until excess moisture evaporates. Spinach mixture should be on the dry side.

Remove from heat and set the spinach aside to cool.

In a large mixing bowl, combine the feta, eggs, and ricotta (cottage) cheese. Add the cooled spinach mixture and mix until combined.

Carefully remove the Phyllo roll from the plastic sleeve. Most packages come in 12 x 18 inch sheets when opened fully. Using a scissor or sharp knife, cut the sheets in half to make two stacks of 9x12 inch sheets. To prevent drying, cover one stack with wax paper and a damp paper towel while working with the other.

Layer about 10 sheets on the bottom of the pan making sure to brush each sheet with the butter/olive oil mixture. Add half of the spinach mixture in an even layer and press with a spatula to flatten.

Layer another 10 sheets on top of the spinach mixture making sure to brush well with butter/olive oil mixture. Repeat the process with the second pan.

Before baking, score the top layer of phyllo (making sure not to puncture filling layer) to enable easier cutting of pieces later. I place the pan in the freezer to harden the top layers and then use a serrated knife. 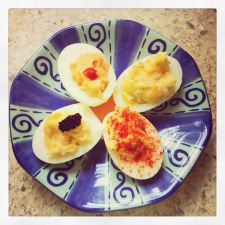 10 Edible Decorations for your Christmas Tree

The Christmas Judge and The Prisoner

Waiter - There's a fly in my Champagne!