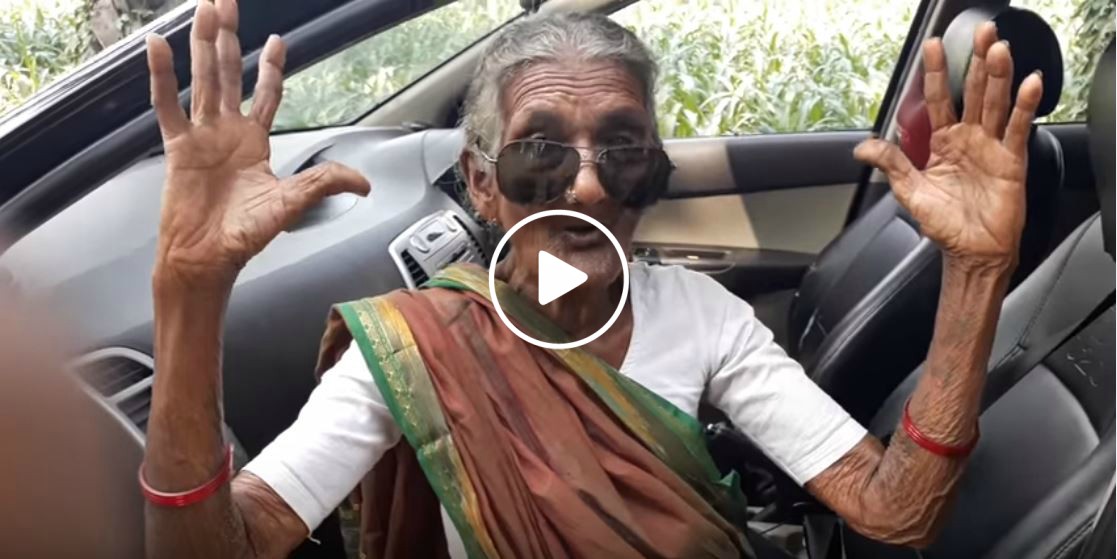 This great-grandmother is clocking up millions of views on her YouTube channel, and it's not hard to see why.

Mastanamma is a 106-year-old great-grandmother from Andhra Pradesh, one of India's south-eastern states. She cooks outside in a field using the most basic implements, and frequently over an open fire, but this lack of technology has not stopped her YouTube cooking channel from going viral and attracting hundreds of thousands of subscribers from all over the world.

The videos are filmed by her grandson, K Laxman, and his friend, Srinath Reddy who also edit the videos and upload them.

Her repertoire is wide and varied, and some of her most watched videos include recipes for watermelon chicken, bread omelette, King of Egg Dosa,  Emu Egg Fry,  snake gourd and "Village Kfc". She has no problem making western dishes either, posting videos for her chicken cheese burgers, crispy fish and chips and roasted chicken with coca-cola.

In a video on the channel about her life, Mastanamma, who never went to school, describes being married at 11 and carrying 220lb bags of rice on her back.

She has now outlived her husband and four of her five children, but is said to be delighted that her recipes are being watched and enjoyed by so many people around the world.

BREAKING: This food item has just been recalled by the FDA According to Gordon Ramsay, everybody should know how to prepare these 5 dishes