Three years ago I had a large harvest of spaghetti squash, over 140 of them, at 2 to 5 pounds each! After selling and giving away over 100 of them, I still was left with about 3 dozen of them. After canning a bunch
and storing more in the root cellar, I still had a few to prepare soon. This is one recipe I developed. It is a rich, spicy, creamy sauce served over the roasted and prepared squash. An excellent side with most southwestern style meals. The sauce is quite spicy as I like it. If too
hot for you, use less peppers or milder peppers. 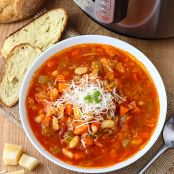 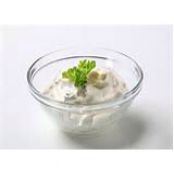 Meanwhile, make sauce. Roast all peppers over flame, under the broiler, or on a grill, about 10 minutes til peppers are charred black (watch carefully and turn frequently, as some peppers will char faster than others. Put peppers in a brown paper bag or bowl covered with plastic to sweat for about 10 minutes.
Peel off blackened skins and remove seeds, coarsely chop peppers and set aside.

When cool enough to handle, scrape squash out of skins lengthwise with a fork in long strands resembling spabhetti noodles. Put in large bowl and keep warm
til sauce is done. To serve, pile on dinner plates just like a serving of spaghetti noodles. Ladle sauce over top. Serve with chopped cilantro and pepper jack
cheese for garnish, if desired.

This sauce is also excellent over pasta, roasted vegetables, meats, etc. I
make the sauce frequently as it is one of my favorites right now.

25 easy five-ingredient salads to ease you into spring

Lightning fast stir fries to free up your weeknights

50 salads you should try at least once in your lifetime

15 Satisfying BBQ Recipes That Are 100% Vegetarian

Rub It In: 25 Rubs And Sauces Your Steaks Need Now
Quinoa Salad Spaghetti with Zucchini