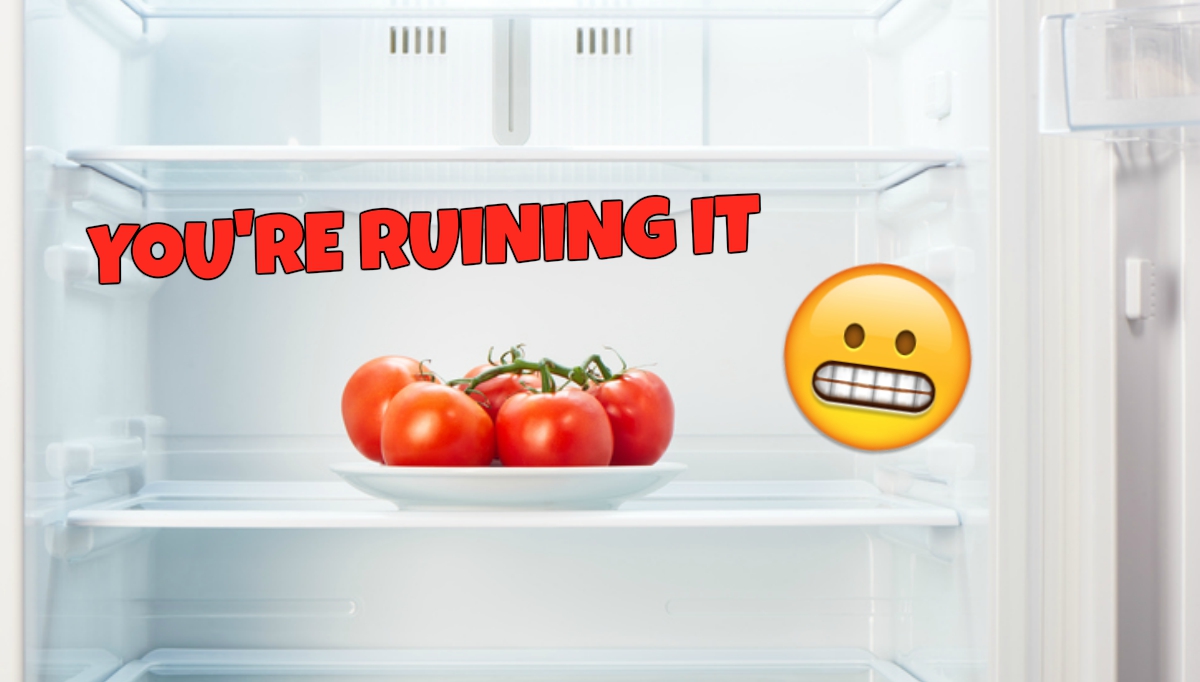 Should You Refrigerate Your Tomatoes? Science Says...

Getting it right can make all the difference...

Tomatoes, like onions or garlic, are one of the bedrocks of any kitchen. They're delicious and versatile, and chances are you use them in a large number of your dishes.

When most of us purchase tomatoes, they're industrially produced and harvested when they're still rock hard (to protect them on their journey through washing machines, conveyor belts, crates, trucks, handling, bagging, and ultimately to your kitchen). So once the tomato finally reaches your home, what's the best way to store them for the best flavor, texture, and make them last?

You'll often hear that the best temperature to store tomatoes is at "room temperature," which is typically defined as between 65°F to 75°F.

According to the USDA, anything colder than 55°F causes tomatoes to lose the chemicals responsible for flavor and fragrance. Tomatoes will also get "chilling injury," which means non-development of aroma compounds, uneven ripening, mealiness, pitting and decay.

But in the summer months (when tomatoes are in season), room temperature rises high above 75°F... So what should you do?!

They did, however, point out that USDA recommendations are based on industrial tomatoes that were picked long before they were ripe... Which means that the trick having the best-tasting tomatoes lies less in storage and more in starting out with quality tomatoes that have been fully ripened.

So here's our advice: as long as you start out with ripe, quality tomatoes... Store them however you like!

Want to learn more about tomatoes? Get everything you need to know and more, right here.

Chili That Doubles as Spaghetti Sauce

5 Problems You Didn't Know Could Be Solved With VINEGAR These Ground Turkey STUFFED PEPPERS Really Hit the Spot!