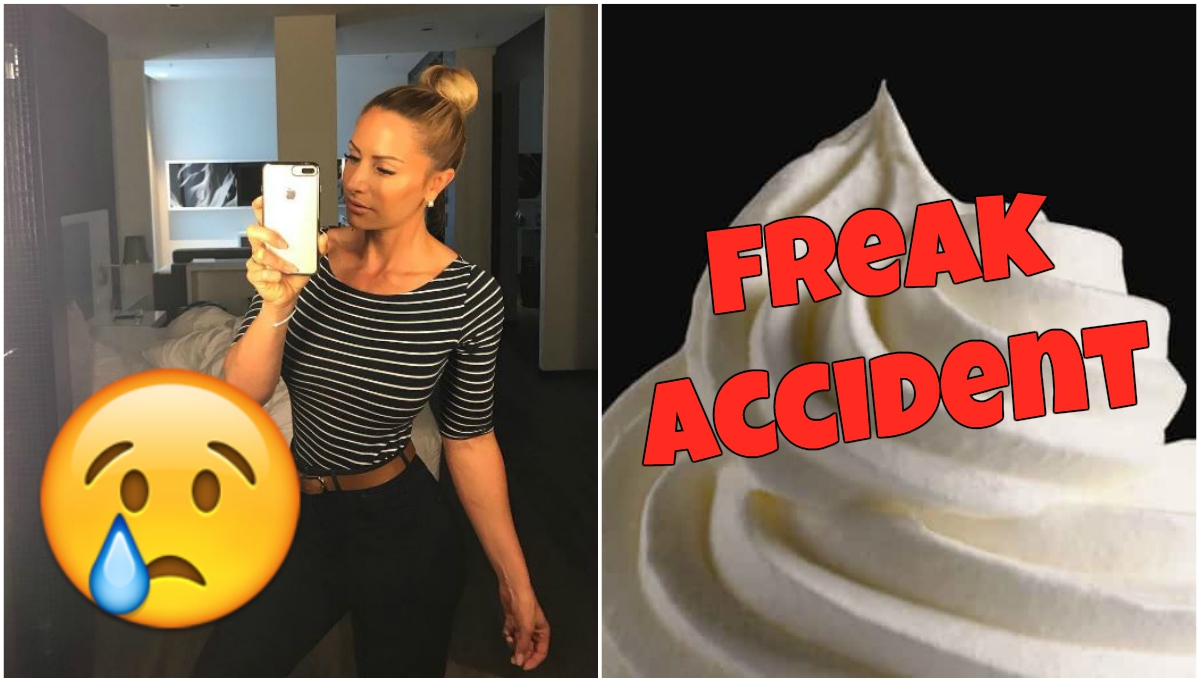 It's a story that sounds like something out of the Final Destination film franchise, centered around deaths caused by freak accidents. Only this popular social media personality's death might have been prevented.

Imagine one moment you're making dessert, the next you've gone into cardiac arrest after the whipped cream canister you're using suddenly explodes, and a piece of it strikes your thorax. That is the seemingly improbable yet completely true story behind the death of 33-year-old French Instagram fitness model Rebecca Burger.

With more than 150,000 Instagram followers and more than 50,000 on Facebook, Burger was the picture of well-being, health and fitness in a country more commonly associated with rich, indulgent food and walking as the preferred form of exercise.

Almost immediately following her death, the family posted the following message on Instagram with a photo of an exploded whipped cream canister:

"Here's an example of a whipped cream canister that exploded and struck Rebecca's thorax, which led to her death. To be clear: The canister that caused her death was sealed. Don't use this type of product at home! Tens of thousands of defective devices are still out there."

The incident occured in the French town of Mulhouse, where an investigation has been opened by the prosecutor's office. The cause of death has not been officially confirmed, though a local Alsatian newspaper reported that Burger's heart was stopped when the accident happened. French paramedics were temporarily able to revive her, but she later died in the hospital.

Unfortunately, this isn't the first-known case in France of fatal casualties or bodily harm occurring because of faulty whipped cream canisters or other pressurized devices. French consumer group 60 Million Consumers claims that these types of products have been defective for years.*

Burger's family announced the death of the social media fitness personality on Facebook and Instagram June 21. Fans immediately began posting grieving messages of disbelief and support for the bereaved family.

One of Burger's most recent Instagram posts makes reference to her success and bright future with the following caption:

A beautiful day has come to an end.

Lots of trips to come and new projects.

Lately, I've been taking time to reflect on all that I've already accomplished and what I'm about to experience. I tell myself, life is good.
We don't have any control over time, so make the absolute most of it.

The family has since decided to press charges for her death.

*NOTE: The products referred to in this article are limited to production in France and not sold elsewhere. Still, precautions should always be followed when using pressurized devices, no matter their origin.

10 Restaurants That Will Give You Free...

Kitchen HACK: How To Keep Guacamole Green For Days Two NATURAL Home Remedies To Get Rid Of BUGS, VERMIN And PARASITES