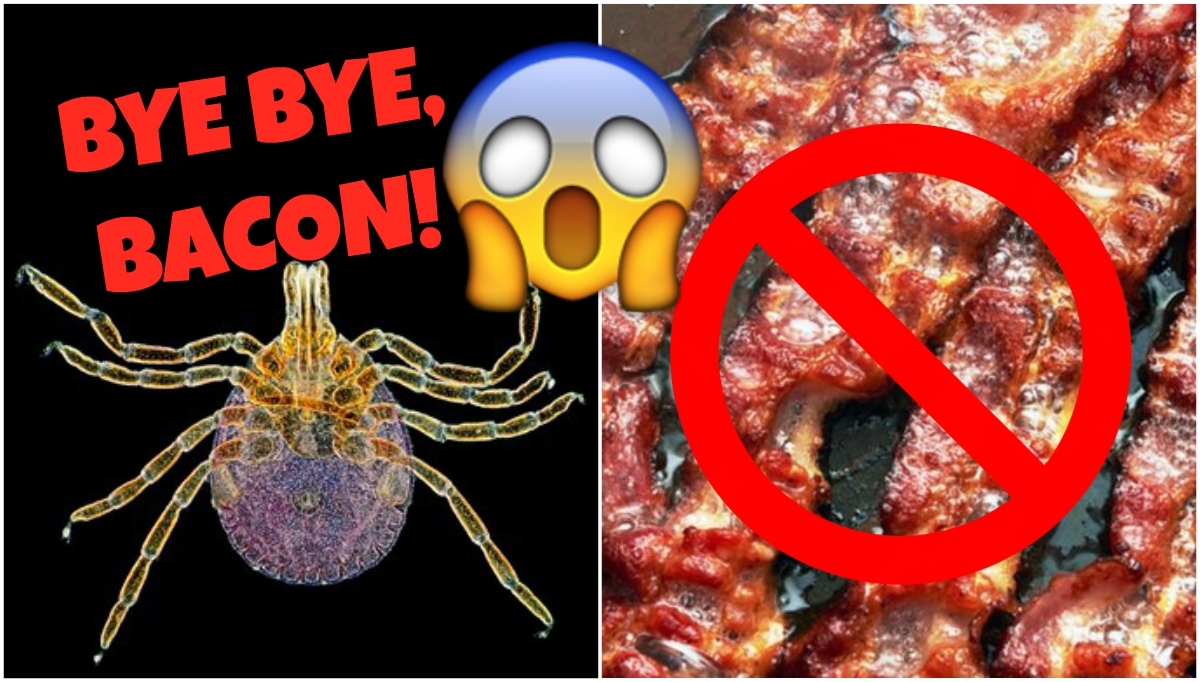 It's not an exaggeration. Even a tiny bite of bacon could kill you.

In addition to the threat of terrorism, deteriating relations with nuclear weapons-obsessed North Korea and an overall sentiment of civil unrest plaguing our country since the 2016 presidential election, we now have a local tick problem. And it happens to be a deadly one.

It's called the Lone Star tick, and it is said to be spreading to new locations from the Southeast region of the US. It gets its name from the little white splotch found on the back of adult females. One simple bite is all it takes for your body to instantly start rewiring itself to reject any form of mammalian red meat.

Although most food allergies provoke near-immediate reactions (15-20 minutes generally), this particular allergy to meat products, such as beef, lamb and pork doesn't work in quite the same way. According to an article published by Business Insider France, an allergic reaction might not begin anywhere from between 3, to 10 or even 12 hours, making it especially difficult to identify the source of the reaction.

Symptoms are serious and include itching, breaking out in hives, stomach cramping and in the worst cases, breathing difficulties, loss of consciousness and even death.

And if you really want to delve into the science of this issue, it is in fact a specific sugar molecule found in meat protein known as galactose-alpha-1, 3-galactose (or simply, alpha-gal) that becomes the source of intolerance once people become afflicted with the allergy.

From that point on, one measly bite of red meat in any form could cause potentially life-threatening reactions, though the severity of the allergy varies just like any other.

Unfortunately, not much else is known about this tick or food allergy, as it's relatively new and states are still not required to report it to the CDC. It's most commonly been found in the Southeast, but more and more cases are popping up in the Midwest and East Coast in recent years. There is currently no cure, and it's unknown whether the allergy is permanent or temporary.

The Lone Star tick bites at any stage in life, even in larvae form (the first of its kind to do this among American species). They can be transferred by cats and dogs and might feed on them, too. The pests are expected to continue spreading, especially with warmer summer temperatures.

Regardless, if you are a diehard carnivore, this might be the next scariest thing to the idea of state-mandated vegetarianism or bacon being wiped from the planet. Be careful out there.

10 things only the crappiest cooks will...

These tasty stuffed cabbage rolls are so easy!

Fall off the bone ribs

Hearty Meatloaft with Spinach and Mushrooms

How To Make Classic Meatloaf

How To Cut Onions Without Crying Never Buy Tomatoes Again! Here's How To Grow As Many As You Want At Home