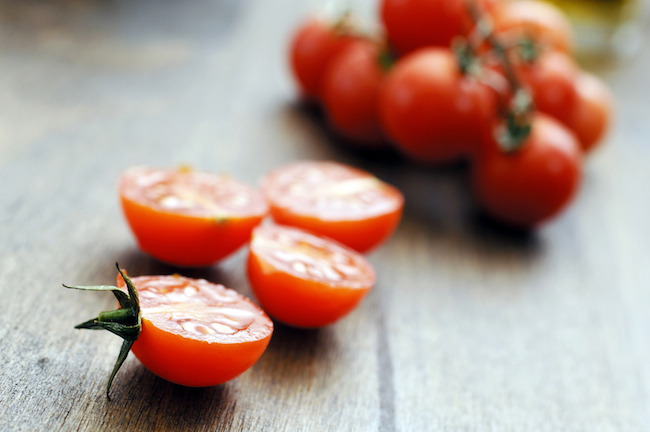 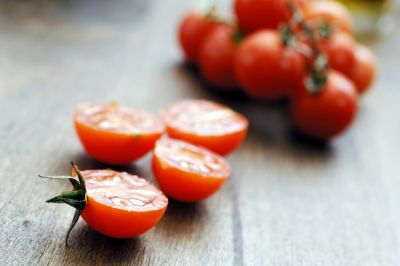 Tomatoes are an edible fruit originating in the Andes Mountains around present day Peru. Tomatoes were first taken by the colonizing Spanish, then spread around the world. The first mention of tomatoes in Spanish text was in 1595.

The tomato is a perennial plant, meaning the same plant will fruit for more than two years. The tomato growing season varies from region in the United States, and with the addition of hydroponically and green house grown tomatoes, they can be enjoyed year round.

How to pick it:

When purchasing tomatoes keep in mind that a lot of tomatoes are picked unripe when the tomatoes are hard making them easier to transport. Tomatoes are later ripened with a chemical called  ethylene. This way of ripening will cause the tomato to become flavorless and mealy. Ideally look for tomatoes at your local farmers market where they have naturally become ripe. If you do not have a farmers market close or it's during the winter months, look for smaller tomatoes like the campari or cherry because they will be more flavorful or opt for canned tomatoes.

How to store it:

Tomatoes are best stored on your counter top. Putting tomatoes in the refrigerator they are unable to ripen properly causing them to become soft and lose their flavor.

How to prepare it:

Tomatoes can be used in a wide variety of ways; raw, roasted sautéed, in salsa, soup, casseroles, sauce and chili.

China is the largest producer of tomatoes, followed by India and then the United States of America.

According to the Guinness Book of World Records the largest tomato picked was 7 lb. 12 oz. grown. This huge tomato was grown in 1986 by G. Graham, Oklahoma, USA

Cooking tomatoes are better because more nutritional chemicals are released

Tomatoes are the official state fruit of Ohio

Tomatoes and carrots are considered companion plants. Growing side by side they help each other control pests, cross-pollinate and increase yield. The relationship is explained in greater detail in the book, Carrots Love Tomatoes.

How do you Prepare your tomatoes?

Carpaccio of tomatoes with basil and croutons

Lamb chops and carrots with orange

Homemade do whatever twist you want Tomato Soup

How to: Stock Your Pantry All About Rice